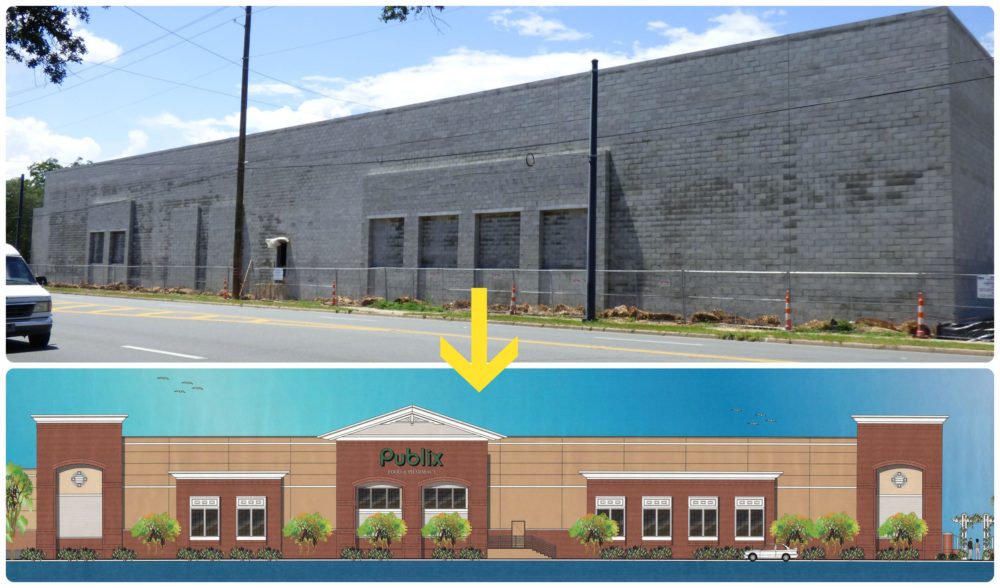 In his biweekly digital newsletter, Pensacola Mayor Ashton Hayward assured citizens that the Publix being built on Cervantes Street and 12th Avenue will not be an eyesore.

“Many citizens have expressed an aesthetic concern in regards to the Neighborhood Publix that is being built on Strong St. between 11th and 12th avenues, mainly the block wall that is facing Cervantes. The city would like to assure all citizens that this wall is for structural security and will not be seen once construction is finished. This wall will be covered with a reddish brick and tan mortar façade, complete with false windows and treatments,” wrote the mayor’s office.

“Publix and White Development Co. have put a great deal of thought into ensuring that the new location will not be an eye sore. From underground storm water retention to hidden loading docks, the sights that typically make large stores unpleasant have been considered and take care of.”