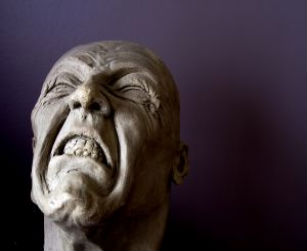 Gerald Celente is an internationally known trends expert. He calls himself a political atheist, meaning he doesn’t write to please Republicans, Democrats, Liberals or Conservatives. I first met him in 2007 when I had my radio show IN Your Head Radio on 1620AM. Most of his predictions for 2008 came true – here is my 2008 interview with him.. I interviewed him for the newspaper in January 2009: Opportunity in Chaos.

Celente is convinced the Tea Party movement and the recent attack on Prince Charles are just outpourings of the public outrage against generous government bailouts and tax breaks for the rich. It is a battle between the “haves” and the “have-nots.”

Here is his latest press release.

“Off With Their Heads 2.0” read the headline of our Autumn Trends Journal predicting the outpouring of outrage that would accompany the harsh austerity measures inflicted upon the general public, while governments doled out generous bailouts and rescue packages for bankers and financiers.

“Since the onset of the Greatest Recession, I’ve been informing readers to expect uncontrolled unrest that would roil markets and destabilize governments,” said Gerald Celente, publisher of the Trends Journal. “When people lose everything and they have nothing left to lose, they lose it.”

According to Celente, the spontaneous attack on the Royal couple was the first salvo in what promises to be a long war between the people and the ruling classes. “Anyone questioning the intensity of the people’s seething anger is either out of touch or in denial,” said Celente, noting that this was the worst show of violence directed towards the Royals since the days of Irish/English hostilities.

In this case, the Royals offered a convenient symbolic target for the young protestors, a new generation that has come face-to-face with a future of downward mobility. It wasn’t only that they would have to pay three times the tuition for a degree that no longer guaranteed them a decent job, it was rage against the machine – a rigged system that paved the way for the privileged and punished the prols.

Celente has also predicted that all the Kings and Queens of Commerce – along with Presidents, Prime Ministers, top level bureaucrats and elected officials – will soon be hearing the same chant of “Off with their heads!”

While the public was being punished with austerity measures, the “too big to fail” bankers, hedge fund hustlers and Wall Street high rollers, blamed for creating conditions necessitating austerity by making the biggest, most crooked and worst of financial gambles – were rewarded with a king’s ransom:

Dec. 13 (Bloomberg) – Wall Street’s biggest banks, rebounding after a government bailout, are set to complete their best two years in investment banking and trading, buoyed by 2010 results likely to be the second-highest ever.

Trend Forecast: The media has not connected the dots: a new class warfare has begun. The attack upon the Royals exemplified the pent-up hatred building among a population that can no longer be cajoled into believing sacrifices to further enrich the über-rich are in the best interest of their nation.

At the onset of the Great Recession, many bought the argument that if the biggest banks and businesses were not bailed out, the entire financial system would collapse. Now faced with the irrefutable evidence of record corporate profits, billions in bonuses and bailout windfalls, the people will no longer grin and bear it.

As economic conditions continue to deteriorate in Europe and the U.S., the uprisings will grow larger, more frequent, more organized and more ferocious. In response, government crackdowns will be harsher and more violent. As the New Year unfolds, the stage is set for incendiary acts that will be committed by one side or the other, escalating the conflict into prolonged battles.

Governments will declare that hooligans, anarchists, militants and foreign agents are responsible for the unrest, and the press will swear to it. What will be painted as assaults on capitalism and the free enterprise system could more accurately be described as acts of self defense; a battle between the growing number of “have nots” vs. the “haves” that keep taking even more than they had before.