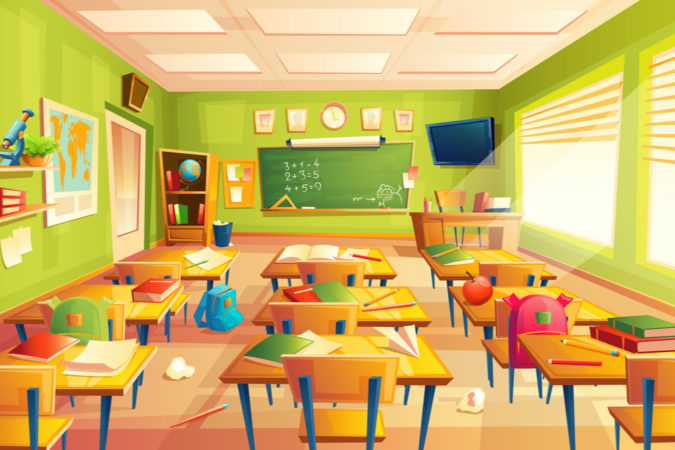 TALLAHASSEE — As the number of coronavirus cases in Florida continues to climb, local education officials and parents are grappling with a statewide mandate to reopen schools in August.

“The requirement has thrown a wrench into the plans that districts were making,” Florida School Boards Association Executive Director Andrea Messina told The News Service of Florida on Wednesday. “I think people were surprised. I think there was somewhat of an expectation that more flexibility would be acknowledged.”

Most local education officials had been considering hybrid models in which the state’s 2.8 million public school students would divide their time between school and online in the fall, Messina said.

But Education Commissioner Richard Corcoran on Monday ordered all school districts to reopen schools at least five days a week and to “offer the full panoply of services” starting next month, unless local health officials say otherwise.

“We spent months saying that there were certain things that were essential. That included fast-food restaurants. It includes Walmart. It included Home Depot,” DeSantis told reporters said at a press conference in Jacksonville. “If all that is essential, then educating our kids is absolutely essential.”

Corcoran’s emergency order, issued the same day President Donald Trump tweeted that all schools must reopen in the fall, comes as coronavirus cases in Florida continue to surge.

Almost four months after schools shut down in March to prevent the spread of the highly contagious coronavirus, school districts now have until July 31 to submit their reopening plans to the state Department of Education for approval.

“Make no mistake, schools would love to be able to open back up with their full, normal schedule,” Messina said. “But with community concerns and parent concerns and staff concerns, we needed to recognize it was going to be a real challenge to meet that goal.”

The timing of the state order, which gives school-district officials about a month to finalize reopening plans, and the political pressure from the White House has left many parents and school employees worried about putting themselves and their families at risk of getting sick if they return to the classroom.

Kristen Puckett, a Port Orange resident, said she is still on the fence about letting her three children return to in-person instruction in the fall because her middle child, a 12-year-old boy, has asthma and other underlying medical conditions.

“With this type of illness, it would put him at higher risk,” Puckett said in an interview Thursday. “But then the question is, should the oldest and youngest go to school?”

While cases are rare among juveniles, three children in Florida have died of complications related to COVID-19. The state’s youngest fatality was an 11-year-old boy who died in Miami-Dade County last week, according to the Florida Department of Health.

“It scares me. But again, it’s a matter of balancing,” Puckett said. “We still have to live, but we have to live carefully and only take risks that we need to take.”

Puckett said it would have been easier if the state had extended distance learning through the fall. That way, she said, she wouldn’t have to worry that her 15-year-old son could feel left out if she decides it is not safe for him to go back to school.

Damaris Allen, a mother of two teenagers, is also undecided about whether her boys should return to school in Tampa, due to a recent surge of coronavirus cases in the area.

“Frankly, I have some very serious concerns about us going back to school at this point,” Allen told the News Service on Thursday. “How is it logical that it’s not safe for me to go to the gym, but it’s safe for me to send my child to schools?”

Allen said she might feel more comfortable allowing her kids to go back to the classroom if Hillsborough County school officials delay the start of classes, which are scheduled to begin on Aug. 10, and implement an 18-week facemask requirement for students.

“What I don’t want to happen is, I send my kid back to school and then they pull the mandate three weeks later,” Allen said. “I think masks are incredibly important to slow the spread of the disease.”

Some of the state’s largest school districts, meanwhile, are reluctant to fully reopen.

“One thing is clear, at this time we do not see a realistic path to opening all district schools with 100 percent enrollment,” Broward County Public Schools Superintendent Robert Runcie said in a video announcement Tuesday.

Hours after Corcoran issued the statewide order, Miami-Dade County Superintendent of Schools Alberto Carvalho told CNN that classes would remain entirely online if COVID-19 cases continue to soar in the area. The county has seen a dramatic increase in COVID-19 cases in the past few weeks.

“I will not reopen our school system August 24th if the conditions are what they are today,” Carvalho said Monday.

Florida has long battled a teacher-shortage problem, and the pandemic could exacerbate the situation, Ingram said. At the start of the 2019-2020 school year, it was estimated that the state had a shortage of around 3,000 teachers, he said.

Another concern looming over the reopening process is the workload for teachers who may be forced to juggle in-person, hybrid and online learning formats during the school year.

Florida K-12 Chancellor Jacob Oliva said in an interview that, while the state is requiring school districts to offer students in-person and online instruction, local school districts — not the state — will be responsible for making decisions about staffing.

Messina said her association is recommending that school districts survey staff members to identify teachers who may have underlying medical conditions.

“Staff members with underlying conditions may be the best choices to be the ones that would run distance or innovative learning models,” Messina said.

She said school districts also may have to take into account employees’ medical vulnerabilities as well as the medical condition of family members who live in their household.

It also remains unclear what measures schools districts will take to protect other personnel, such as cafeteria workers and bus drivers.

“There are just a lot of areas of concern, a lot of unanswered questions, but we’ve got five weeks to get this right,” Ingram said.