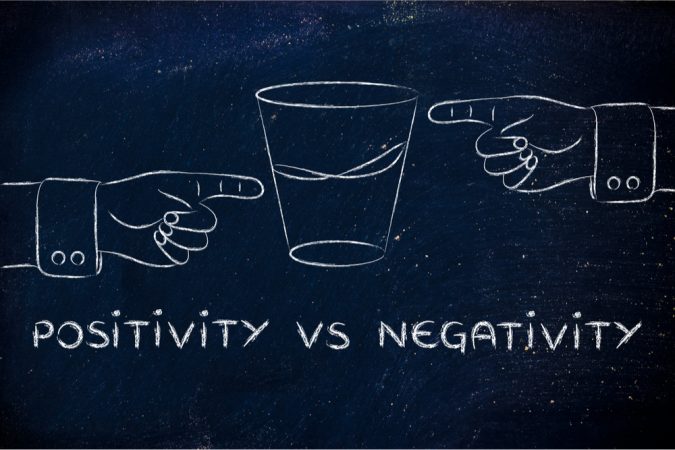 While DPZ has come under fire for its behind-the-scenes actions in developing the plan, elected officials are always fair game for criticism. It comes with the territory.

However, the one-time chairman of the Downtown Improvement Board chose to support his attack on the commissioners  using a “glass half empty” interpretation of the recent Quality of Life Survey (QOL) that differed with Quint Studer’s positive analysis.

Studer is no stranger to the survey. He and his wife Rishy have paid for the annual survey for a dozen years. Unlike past years when the Pensacola Young Professionals released the survey, Studer personally unveiled the 2020 Quality of Life survey at a virtual CivicCon event on Tuesday, Jan. 19.

“I thought this was just amazing, which shows that people are very confident in our economy in Escambia County” – Quint Studer

While only 35% had a positive rating of Escambia County’s economy, the positives were 16 points higher than the 2010 survey. The drop in those concerned about their job security was similar, from two-thirds worried in 2010 to only half in 2020. The increase in those who believe the city and county successfully addressed new challenges and attracted economic opportunity and job growth rose 23 points and 15 points, respectively.

“We want to get better, but we also have to learn to enjoy the progress we’re making” – Studer

In our Feb. 18 issue, the Studers followed up the CivicCon presentation with a four-page insert about the Quality of Life Survey that pointed out all the improvements in the public’s attitudes about county leadership, job security and economy since 2008.

The News Journal deserves kudos for printing Peacock’s viewpoint that was the direct opposite of its reporting on our economy.

“I definitely think there’s something different in the air here.” – Thomas Greek

On Feb. 2, PNJ reporter Emma Kennedy focused on how the Quality of Life Survey’s “numerous lines of questioning around economic development, growth and job opportunity have increased and stayed strong the last few years.”

Kennedy interviewed Thomas Greek, Navy Federal’s VP of learning and development. Greek was positive in how Pensacola and Escambia had changed over the past nine years.

He said, “I’ve been visiting Pensacola through my work with Navy Federal for almost 20 years now and I’ve lived here for nine, and I definitely think there’s something different in the air here.”

Nicole Gislason, the head of the University of West Florida’s Haas Center, was also upbeat, particularly on the county’s economic development authority’s efforts to lure cybersecurity professionals to the Pensacola area.

“If it centers on a choice of place, I think Pensacola is prime property,” she said. “We have many attractive amenities, a vibrant downtown is one of the draws, the arts and culture is viable and valuable, we have a lot of sunshine and spots and a business climate that welcomes outsiders.”

At the Feb. 18 commission meeting, the Escambia Board of County Commissioners gave a thumbs up to a modified hybrid master plan for OLF-8.

The plan was developed in a meeting called by Commission Chairman Robert Bender on Feb. 17.

“After last week’s discussion, I decided to try and pull together some stakeholders that were part of the overall master plan,” explained Bender. “We had a meeting to discuss the plan that was presented last Thursday and how we could move forward.”

Bender brought together DPZ, FloridaWest CEO Scott Luth, Navy Federal’s Keith Hoskins and Lewis Bear of the Pensacola-Escambia Development Commission and believed the group came up with a compromise proposal that covered the county’s priority of creating high-paying jobs and residents’ desires for green space and amenities. He said that Navy Federal was on the call, got to review the plans and offered no pushback.

“They believe that it has what they want, and they have faith in DPZ to develop a good product,” said Bender. “It allows us and FloridaWest to market and have what they deem as adequate land to market for commerce.”

The plan allocates 271 acres to commerce, 45 acres to such public amenities such as a post office and school, 61 acres to high-density residential such as townhouses and multi-family units, and 47 acres to such mixed-use areas as a community center or retail. The allocations are done in phases and are flexible depending on the projects presented to the commissioners in the future.

Commissioners Bergosh, Barry, May and Underhill praised Bender’s leadership and felt the proposal gave the board a foundation in which to finalize the OLF-8 master plan. DPZ offered to host a town hall meeting to garner public input on the revised hybrid plan. The OLF-8 master plan will be on the agenda March 11, after commissioners have had a chance to analyze the hybrid proposal.

It appears DPZ, Navy Federal and the commissioners are on the same page about the future of OLF-8.