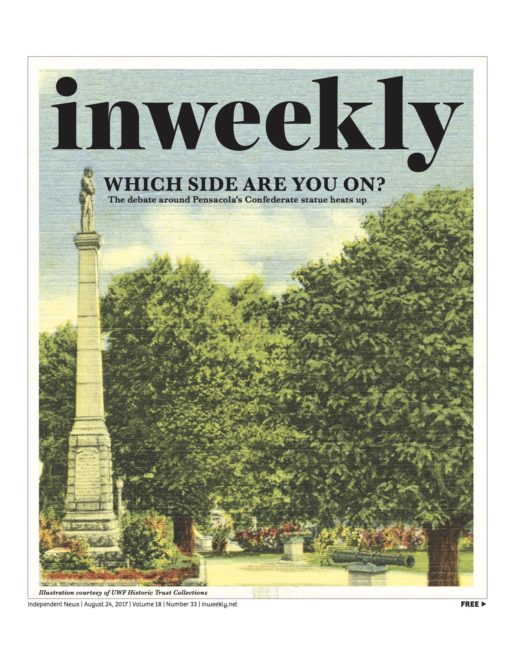 Pensacola Mayor Ashton Hayward told Andrew McKay on NewsRadio 1620 that he is recommending that the Pensacola City Council hold a workshop to get public input on the possible removal of the Confederate statue that he and Councilman Larry Johnson have advocated taking off city property.

Mayor Hayward did not say that he would attend the workshop. He didn’t mention if he would give the council a written recommendation on how to remove and possibly relocate removal to the monument.

Inweekly’s cover story this week is on the Confederate monument – “Which side are you on?”