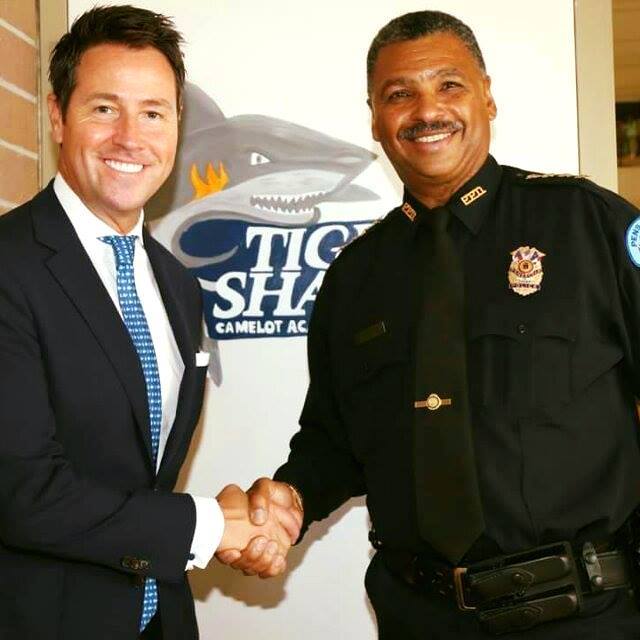 PPD Press Release: A law enforcement career that began 32 years ago when David Alexander III was hired by the Pensacola Police Department as a cadet ends today (Friday, May 5) when he retires as Chief of Police.

Chief David Alexander III was born in Pensacola and graduated from Escambia High School. He was hired by the Pensacola Police Department as a cadet in 1983, promoted to police officer in 1984 and worked until 1989 when he left and was rehired in 1991 as an officer.

He has a Bachelor’s of Science degree in Criminal Justice and a Master’s degree in Human Resource Management from Troy State University. He also is a graduate of the FBI National Academy in Quantico, VA. Among his community activities are mentoring youths and community outreach.

He became the department’s first African-American Chief of Police after the City Council approved his appointment on July 16, 2015.