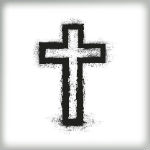 Father Michael J. Flynn, 57, a priest of the Diocese of Pensacola-Tallahassee, Florida, and associate professor of theology at Notre Dame Seminary in New Orleans, has been named executive director of the Secretariat for Divine Worship of the U.S. Conference of Catholic Bishops (USCCB). His appointment becomes effective June. 30 when Msgr. Richard Hilgartner, who joined the USCCB in September 2007, returns to the Archdiocese of Baltimore in June 2014.

Flynn, a Birmingham, Ala. native, worked in campus ministry at the University of West Florida and Florida State University. He was pastor at Resurrection Catholic Church in Miramar Beach, 2003-2007.