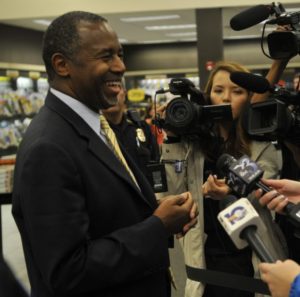 Latest Wall St. Journal/NBC News poll has Ben Carson moving ahead of Donald Trump for the GOP presidential field. There are only five worthwhile candidates according to the survey.

No other Republican garners more than 3% support. Maybe it’s time to drop the others from the presidential debates.

Viewpoint Florida has released its survey of 2,047 likely Republican voters in the state. Donald Trump still is the clear frontrunner in Florida.

The latest Monmouth University poll has Trump with a solid lead in New Hampshire. Ohio Governor John Kasich does place in the fourth. Carly Fiorina and Chris Christie get 5 percent each.