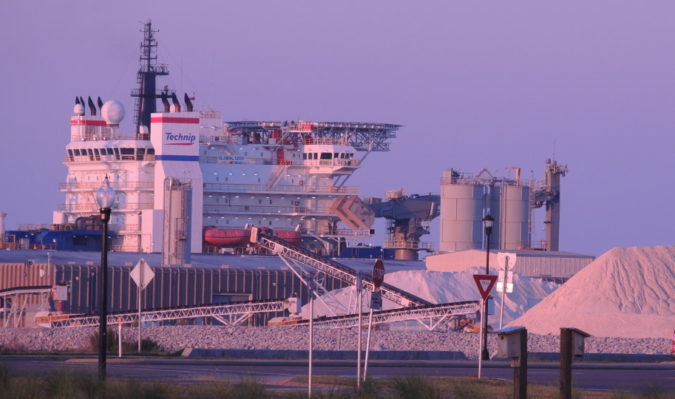 In May, Pensacola Mayor Ashton Hayward announced plans to convert Warehouse 4 at the Port of Pensacola into a marine research center in conjunction with the Florida Institute for Human and Machine Cognition, Florida Fish and Wildlife Commission and the University of West Florida. He described the project as “activating” the site.

However, the mayor’s plans didn’t make to his proposed FY 2018 budget. There is no mention of a marine research center at the Port in his budget message.

Instead, the mayor paints a rather bleak picture of the city-owned enterprise. The budget proposed for the Port is $1,777,900, a decrease of $948,800 from last fiscal year. The facility is projected to lose $150,000, which will be drawn down from its fund balance.

The mayor apparently has no marketing strategy to rebuild port business. He has cut the advertising budget by $29,000.