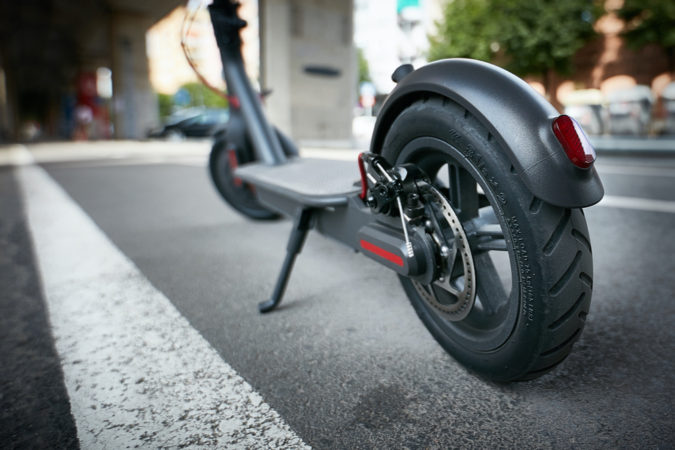 Wilkins started by stressing that the city was focusing on its strategic plan, with special attention being paid to crime, safety, neighborhoods and the environment. He announced a reconvening of sorts of the mayoral transition team that helped the mayor formulate his inaugural year in office.

“We’re going to invite the transition team in to sit as an audience,” Wilkins said, explaining that the city would be providing the team members with an update on how the city has progressed on their 54 recommendations.

The meeting with the mayoral transition team would take place in late February or early March.

5G in the Front Yard
City officials have been expecting the influx of 5G cell tower permit applications for a while now. So have city residents, as some of the towers will be located in the city right-of-way, otherwise known as a residential front yard.

Wilkins said Monday that the city currently has some applications and is posting the proposed locations on the city’s website. Because of state law, local officials have essentially no say in where communication companies locate 5G infrastructure and are required to approve permit applications.

“We have 14 applications in, and they’re coming to a neighborhood near you,” Wilkins said.

In addition to posting the addresses of 5G requests, city council members are also being alerted when a constituent’s property is targeted. Wilkins said most of the current applications are for locations in the historic district and the Cordova Park area.

Although the city does not have the authority to determine 5G infrastructure placement, or request that companies adhere to aesthetic standards of some type, Director of Public Works and Facilities Derrick Owens said that thus far cellular companies are being “very cooperative” and have agreed to makes efforts to have 5G poles blend with historical architectural elements.

Scooters on the Horizon
On a recent trip out of town, the city administrator noticed the proliferation of micromobility devices, or scooters.

“I was just in Miami, and there are plenty of scooters there,” Wilkins said. “I saw probably seven or eight different companies represented.”

City staff is currently working on license and operating permits for two companies — Bird and VeoRide — that are seeking to operate in the Pensacola area. City Council authorized the mayor to pursue and negotiate the deals last fall. Wilkins said staff would present particulars once agreements have been reached, expectedly later this month.

Wilkins listed off a number of city-related awards on Monday, recognizing both individual employees and entire departments.

First, the Pensacola Police Department has named Mary Williams Green as its Officer of the Year. Green is a school resource officer at Pensacola High School. At the school, Williams helped organize a charity fund to pay for prom related expenses and also organized a skating rink party for the senior class. The officer also participated in the Chappie James Flight Academy, traveling with students to Tuskegee, Alabama, and established a program with MANNA Food Bank that helps students who arrive at school hungry. State Sen. Doug Broxson wrote a proclamation on Green’s behalf, which was read from the Senate floor in Tallahassee.

The city administrator also recognized Nicolas White, a city firefighter, as employee of the month. And nodded towards two departments, Human Resources and Planning and Zoning, as having won the city’s newly established Change Agent Award, which recognizes departments “that are really taking the lead in progressing and evolving the city of Pensacola” as per the city’s newly established strategic plan.