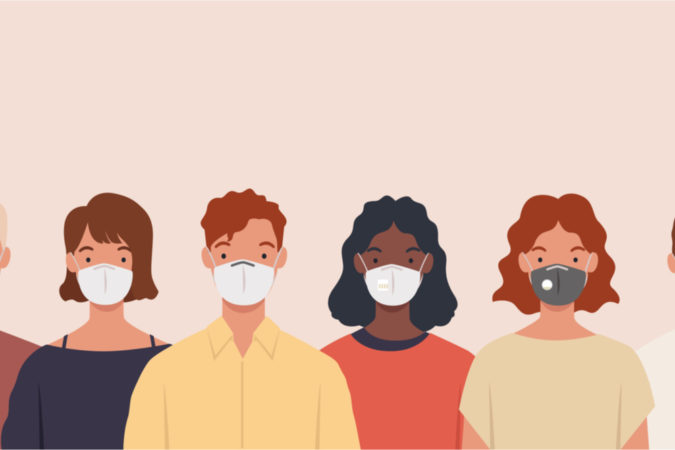 As COVID cases continue to climb in the Northwest Florida region, Pensacola Mayor Grover Robinson is getting increasingly concerned.

Last week, Escambia County saw 973 new COVID cases. That spiking number is a continuation of a trend in recent weeks. That’s true across the state, with Florida seeing 7,575 new COVID cases on Dec. 6, which was lower than the previous few days. But the state’s positivity rate is around 7 percent, compared to Escambia’s, which was at 9.9 percent last week.

“So, we continue to outpace the state,” the mayor noted.

The mayor most closely watches the area’s hospitalization rate, which took a dramatic jump to 133 on Monday.

To slow the coronavirus spread locally, Mayor Robinson again implored the public to practice basic safety precautions, specifically socially distancing and mask-wearing. He pointed to the COVID spike throughout the summer and the community’s ability to bring the numbers down.

“We’ve done it in the past, we’ve done it by simply wearing masks, and we can do it again,” Robinson said.

The city has a mask order in place, but it is limited to public businesses. The order is also blunted to some degree by an executive order issued by Gov. Ron DeSantis earlier this fall, which essentially defanged any local governmental efforts to put COVID-related safety measures in place by taking away the ability to enforce any such actions.

That wasn’t the case over the summer, back when local governments had free rein to impose and enforce mask orders. Robinson has maintained that the city still has the authority to enforce its order within public businesses, but the mayor did note how the atmosphere had changed — “it’s been more challenging” — since the governor’s executive order.

“We’ve had nothing but strict compliance over the summer, but it’s been a little different here,” he said.

Last week, the mayor said he planned to reach out to the governor to request that local governments be allowed to respond to COVID in local areas the best way they see fit. On Monday, Robinson said that he had done, but has yet to hear a response.

Robinson did stress that the city had no intentions of considering any type of shutdown for businesses.

“Our goal is not to create any closures,” the mayor said.

The city’s project to develop a soccer complex at Hitzman Park off Langley Avenue in the Scenic Heights neighborhood has raised some concerns. Again.

The development — which involved the city acquiring the neighboring YMCA property — has stirred controversy since its inception, with neighbors concerned about the complex’s impact to the area. Now, concerns have been raised — by the new District 1 City Councilwoman Jennifer Brahier, among other residents of the area — about the city using an area of park billed as a multi-use greenspace for a stormwater retention pond.

Mayor Robinson said Monday that he didn’t see any conflict with the city’s usage plans.

“From our standpoint, it is still common-use,” he said. “You will be able to use that area, and that was the way it was designed.”

Mayor Robinson said that the city was attempting to “accomplish multiple missions” with the project and that the area needed stormwater management.

“There was no stormwater in Hitzman or the YMCA, and it’s been very clear that Scenic Heights has asked for stormwater,” the mayor said. “So, when you have multiple missions that you’re trying to accomplish at the same time — we only have so much property, we’re not gonna go buy any more property.”

Robinson said that insofar as greenspace, the stormwater retention area can still be utilized — “it’s not gonna be fenced, it’s just swale area that will be able to be utilized when it’s there” — and also that one of the planned soccer fields will be available to the public for use. He called the arrangement “a solution that will work better for everyone.”