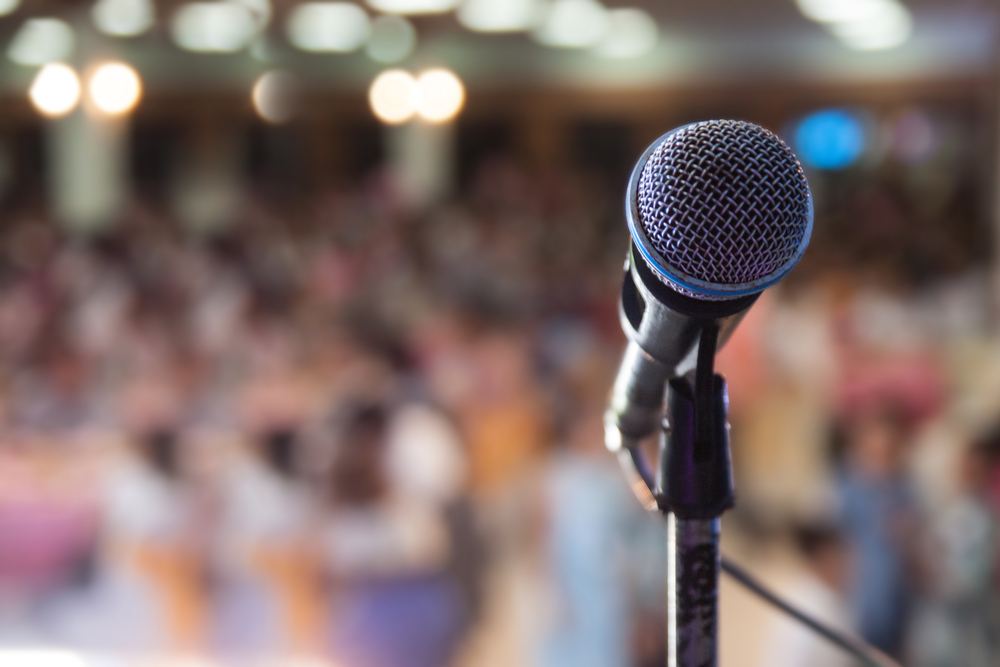 While much of the city still seemed sleepy and snug in the fog of the holidays, the weekly press conference at Pensacola City Hall Monday morning was a wide-awake, sprawling, hour-long affair.

“There are many good things happening, but there are certainly some challenges we want to talk about going forward,” Mayor Grover Robinson opened the last-day-of-the-year presser.

Over the course of his back-and-forth with local media, Robinson addressed an array of subjects such as the city’s efforts to deal with homelessness and panhandling, recent discussions regarding a possible legal resolution and what might become of Pensacola’s Confederate monument.

Over the holiday, Mayor Robinson spent a day with the Pensacola Police Department, getting a feel for what an officer’s day looks like. He spent time in dispatch, went on a ride along and sat in on a briefing for a raid.

“Kind of sobering when they told you to put on the bullet proof vest, makes you realize that there’s a 99.999 percent chance I’m going home today, but that doesn’t happen for everyone that works for the city,” Robinson said. “There are certainly some people that have some jobs that there are some risks involved in, and I don’t take that lightly.”

The mayor said that he planned to focus on three things when it comes to city’s police department: increasing the ranks to 152 officers, assessing pay levels and ensuring officers receive the appropriate training.

A Call for Cameras

With an aim of providing additional means of surveillance in the city, the mayor has recently been talking with private property owners to request that they install security cameras on their properties. Robinson said developer Quint Studer plans to install cameras on his properties, and said he’d also asked fellow downtown property owner Bobby Switzer to do likewise.

“I know Quint’s putting cameras on his properties downtown, and I encouraged Bobby to do the same. It certainly helps us see what’s happening more,” the mayor said.

Robinson said that while “there was no discussion of live,” or allowing law enforcement video access in real time, the cameras would come into play if authorities needed to review something after the fact. He said that because the city could not afford to outfit private properties with cameras, it was relying on property owners to take the lead.

Aiming to wrap up a years-long legal dispute over waterfront property referred to as Pitt’s Slip, Mayor Robinson reported that he felt confident the city was working toward a resolution.

“I think we’re moving toward a solution,” the mayor said, describing recent discussion “resolving some of the fees and what happens over there at the pitt slip.”

The issue at Pitt’s Slip, where the Fish House restaurant is located, began in 2013 when the city attempted to renegotiate the lease for the property by claiming that the leaseholder, Ray Russenberger, had defaulted on its lease. The city was sued as a result, racking up more than $300,000 in legal fees on a loser that went all the way to the Florida Supreme Court, as well as being ordered to pay the leaseholder’s legal fees of $535,000.

The mayor said that the potential resolution entails the city selling the Pitt’s Slip property for $850,000, which is above the appraised value, and also paying a slimmed down $500,000 in legal fees.

The mayor said he planned to divvy up that $350,000 between the city’s seven districts to be used for pedestrian-related projects such as sidewalks, lighting, bike lanes and crosswalks.

“Rather than taking the little money we have and go pay legal fees — which neither this council or this administration incurred, they were all incurred by the prior administration — I would rather go ahead and solve that by dealing with the asset that we have and moving forward,” the mayor said.

The Pensacola City Council has previously rejected two recommended resolutions on this front. The first rejection came in June, for a settlement offer that would have seen the city paid a million dollars for the Pitt’s Slip property and freed from paying the leaseholder’s legal expenses; that deal also involved the leasing of an additional property on the wharf. The council’s second snub came in October, on an offer that saw Russenberger paying $725,000 for the property.

Recently, state Rep. Mike Hill, who represents the Panhandle area, proposed a bill that would prohibit local governments from taking down monuments. When asked his take on the proposal, Mayor Robinson said he didn’t support the spirit of Hill’s effort — “every community should be able to make their own decisions” — but also did not think monuments should be removed from public spaces.

“I think we’ve got to handle our history and we’ve got to handle it respectfully,” the mayor said. “I’ve never believed necessarily taking stuff down makes us a better place. I think what makes us a better place is being respectful and realizing that we all have differences of how we got here, we all have different histories. What I’m more concerned about is where we’re going to go in the future.”

Robinson went on to say that he felt the city should strive to tell the stories of people traditionally underrepresented in the public sphere. He suggested that working to tell such stories would be preferable to taking down a monument some view as offensive and others view as historical.

“I do not think we’ve done a good job of telling the stories of women or minorities, African Americans especially in this community, and that would be the way I’d rather tackle that,” the mayor said.

While he said he didn’t want to see the city’s Confederate memorial addressed, Robinson did note that a series of steps leading up to the monument in Lee Square — steps highlighting the Southern states that left the Union — needed to be changed in order to reflect unity instead of division.

“I believe the most offensive part of that monument is actually the stairs leading up to it, because the stairs are focused on the separation, they’re not focused on the reunification, and I think that’s what we should be celebrating,” Robinson said. “I would rather see those steps reflect the years those states reentered the union rather than when they separated.”

With communities around the country, particularly throughout the South, wrestling with how to treat Confederate monuments, the mayor suggested that his prescribed approach on the issue could serve as an example to others.

“I think if we do it the right way we can position ourselves, in Pensacola, as one of those Southern communities that has learned how to deal with this challenge and be respectful,” he said.

A project involving a marine research operation at the city’s port was recently passed over by the Triumph Gulf Coast board when considering whether or not to award the project with funds flowing from environmental penalties associated with the 2010 oil spill in the Gulf of Mexico. Although Mayor Robinson has previously championed the project’s chances before Triumph, he now feels that the proposed research center should chase dollars elsewhere.

The marine research project was being proposed to Triumph by the Institute of Human and Machine Cognition, as well as the city, Escambia County and the University of West Florida. Triumph board members expressed concerns about the low number of jobs the project would create in comparison to a more traditional jobs-related project.

Robinson said he had recently met with IHMC’s Ken Ford, and came to the conclusion that a marine research operation would find more success seeking funds at the state and federal levels.

“I think Ken may be trying to decide how he can go forward with marine research, but not necessarily work in Triumph,” the mayor said. “He’s not sure they totally understand, or are committed to what research can be.”

Asked how he intended to address the issues of homelessness and panhandling — an initiative the city and county are joining forces on — Mayor Robinson said that efforts should first be made to address the needs of the homeless community before turning to punitive measures aimed at curbing panhandling.

“I think if we go and address the panhandling prohibition, without first providing services, we’re setting ourselves up for failure,” Robinson said.

The mayor said that one of the things the city and county will be focusing on is creating a come-as-you-are shelter. Other efforts will involve partnering with community organizations that work with substance abuse and mental health.

And although the city has faced multiple successful, free-speech-based lawsuits in the past aimed at its efforts to stop panhandling, officials will also be exploring punitive measures.

“I think we begin to say, in our community, if this is where you are, we want to find ways to help you, but we want you to seek the help we have. And if you don’t want to seek that help then, you know, there’ll be other issues that are there, you know, it’s a free country, you don’t have to live in Pensacola, you know, there’s other places you can go,” the mayor said.