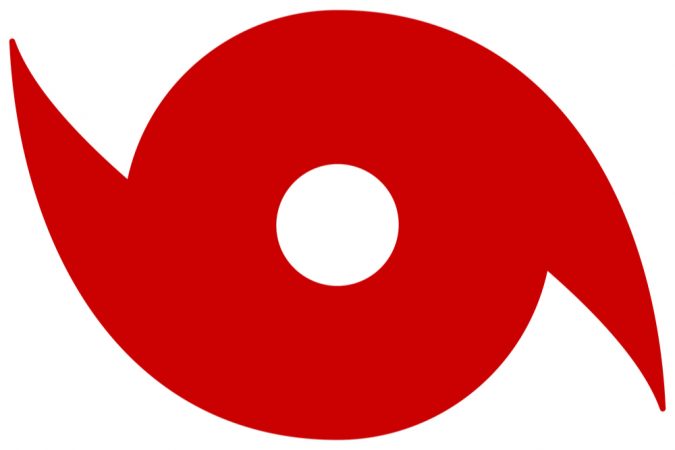 Two storms are on the horizon, one natural and the other political, Pensacola Mayor Grover Robinson said Monday during his weekly press conference.

“If there was ever an election that I can’t wait to get over, it’s this one,” Robinson said.

The mayor opened with a nod toward Tropical Storm Zeta, which is currently in the Caribbean and is expected to enter the Gulf of Mexico and make landfall midweek somewhere along the Gulf Coast, possibly as a Category 2 hurricane. If this happens, it will be but the latest in a series of storms aiming for the Gulf Coast, with Pensacola most recently pummeled by Hurricane Sally.

“If this sounds like a broken record, this is the third time in little over a month that this has happened,” Mayor Robison said, explaining that the region should expect wind, rain and flooding, but that it was still too early to project a precise path. “Specifics at this particular time are still a little bit too unknown for us to know.”

Robinson turned next to the upcoming election.

“There’s another storm coming, and it’s coming on November 3,” he said.

Wading into uncharacteristically political waters, the mayor referenced the particularly tense environment in which the upcoming election will take place, with the presidential race being cast by both Republicans and Democrats as a make-or-break affair.

Robinson produced an organizational chart of city staff and stressed that they would be continually focused on their various non-partisan municipal duties: collecting garbage, maintaining streets, etc.

“On November 4, no matter what happens, the sun is going to rise,” the mayor said, urging people to separate their politics from local efforts.

“Much like a tennis match, I say, go vote, everybody needs to vote for who they want to vote for, but remember, we’re Pensacolians and when we come out of this election we’ll still be Pensacolians and the need for us to work together will never be greater as we move forward,” the mayor said.

Later in the presser, Robinson explained that he chose to make a comment about such matters because he had received correspondence and seen social media posts from people related to the upcoming election.

“It seems like ever since 2000, every four years, the election gets even crazier,” the mayor said, referencing the Bush v. Gore election in which Florida played a deciding role. “I just see the intensity increasing as we get closer to November 3.”

Robinson stressed the need for local relationships to weather any differences represented by the upcoming presidential election. He said that people should not equate a varying vote as a moral flaw: “It doesn’t make people who vote different from you bad.”

“I just don’t want us to get so caught up in the presidential election that we forget who we are, who our neighbors are,” Robinson said, yearning for time when diversity of political thought fueled spirited, but civil debates among family and friends.

“We argued at the Thanksgiving table and other places, but I never stopped loving the family members even if they didn’t agree with me.” he said. “My feelings for them, and my friendship and my love for them, was not based on my ability to think the same way as them politically.”

The mayor continued,”And I don’t know why we are doing that in this country to ourselves. It seems like we are creating this conflict on ourselves when we don’t need to.”

No Emergency, Just Masks
Last week, the Pensacola City Council decided to rescind the city’s State of Emergency, but also to leave in place its mandate for wearing of masks in public businesses in an effort to limit the spread of the coronavirus.

Mayor Robinson has pushed for a few weeks to drop the mask order so that the city would have the measure to redeploy in the case of a significant increase in COVID cases locally. But on Monday he said the city recently determined that the mandate was not dependent on the state of emergency and so dropping the state of emergency would put a measure back on the table, providing the desired municipal “tool” in case of an increase.

The mayor said he was fine with council leaving the mask mandate in place — though technically, the state has denied the city any enforcement ability — but also thought that the order should be eventually dropped as the coronavirus era wears on.

“The challenge is, how do you manage the problem,” Robinson said, explaining that he thought COVID would be on the scene to some degree “well into the future.”

Presently, the city is using the number of people hospitalized with COVID locally as a guiding metric. The mayor has marked 50 as a threshold, and said that maybe the city’s state of emergency would be brought back if hospitals saw an increase to 75 or 100 cases.

As for masks, the mayor said he felt people should — would? — be wearing masks because they understood it was the correct personal safety measure to take. He suggested a sense of community responsibility and “discipline,” not a city order, would provide the needed motivation.

“We shouldn’t have to tell you to wear a mask,” Robinson said. “You need to be wearing a mask and doing things because it’s the right thing to do, not because they city tells you what to do or not.”

CPAC’s Reefer Madness
Pensacola’s Citizen Police Advisory Committee decided last week to recommend that police deprioritize the possession of less than 20 grams of marijuana, effectively not pursuing such possession or using it as a pretext for further interaction. Mayor Robinson on Monday said he didn’t see the recommendation going anywhere and that the city would continue to enforce laws as they are written at the state level.

“If the state of Florida changes something legislatively, we will change with it,” he said.

The mayor said that he thought CPAC should be “much more focused on operations,” though he allowed that the group had the right to make whatever recommendations its members chose.

“The hope is we’re going to focus on what we can actually do” Robinson said. “Not law, legislation.”