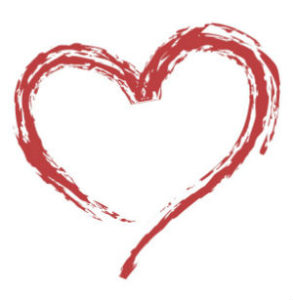 On Pensacola Speaks last week, State Sen. Don Gaetz talked about why he has fought so vigorously for bringing back the incentive program that encourages state employees to adopt special needs kids out of foster care. He also endorsed the state law that banned gay adoption.

Inweekly: Why is this issue so important to you?

Gaetz: “We’ve got 850 adoptable kids who are in foster care in group homes or individual foster homes in our state. If you want to look at it financially, it costs $30,000 a year per child to keep the kid in a group foster home and $6,000 per year per child to keep the kid in foster care in a regular foster home. More importantly, these 852 kids, 70% of them or more are special-needs kids. They have medical problems, they’re disabled, and 70% of them have been adoptable and waiting adoption for more than a year.

“These are young people, kids, many of them older, whose parents were so rotten that their cruelty, their inhumanity, their abuse, their neglect, their abandonment of their own children led to their parental rights being taken away by the courts. These kids, many of them damaged emotionally and physically, are praying every day for a loving, permanent home.

“We have a bill that I sponsored to say let’s provide financial incentives to help get some of these hard-to-adopt kids adopted. When Governor Bush did this years ago, it worked, and over 700 hard-to-adopt kids got adopted. Then, sadly, the program was done away with.

“We’ve got one that’s even better and to me it’s important. I’ve sat and talked with these kids who are adoptable and who are in foster care, and the yearning and the pleading and the prayers that they have for a permanent home, a safe home, are compelling. My wife has visited those group homes. This is a big deal for me. It’s not just a bill I’m sponsoring, it’s a moral conviction.

“The House of Representatives added a provision saying that let’s repeal the 1977 provision that says that homosexuals can’t adopt in Florida. Heck, the Court of Appeals 5 years ago already struck that down and declared in unconstitutional.

“It’s a dead issue legally; it’s a dead issue practically. I fought on the Senate floor to keep my bill clean and keep people from amending it to send the bill back to the House, to put a ban back on gay adoptions, which is a strange thing to do in this day and age.

“Gosh, Rick, we had bans on interracial adoptions in my lifetime and in yours. If we’re going to say that everybody’s moral and religious objections are going to be the reason why people can’t adopt, there are Indian tribes that don’t want anybody adopted outside the tribe, there are people who say that they have a moral objection to tobacco or drinking wine. Are we going to say that those people can’t adopt? The 852 kids, Rick, that’s what I’ve got to keep my eye on.”