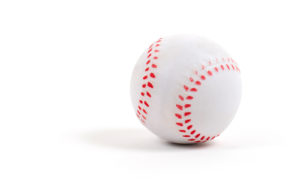 “I’m very grateful and excited about the opportunity to coach at Pensacola State,” Angus said.
“I look forward to being part of the Pirate family and leading the softball team to continued success in athletics and academics.

“I would like to thank President Ed Meadows, Coach Brenda Pena, Athletic Director Bill Hamilton and the hiring committee for the kindness they have shown during this process.”

Angus brings a wealth of experience at both the collegiate and professional levels.

“We are excited that Lyndsey has decided to lead our Lady Pirates into a promising future,” said Coach Hamilton. “We conducted a nationwide search to attract someone with Lyndsey’s background and experience. I couldn’t be more proud of our softball program in announcing the hiring of Coach Angus.”

Angus came to New Mexico after spending the 2010 season as an assistant at her alma mater, the University of Kentucky. She was part of a Kentucky staff that led the team to one of its best seasons with UK’s first national ranking and its second consecutive NCAA Tournament appearance.

As a student athlete, Angus lettered all four years for the Wildcats, 2000-2003. In her freshman season, the Wildcats captured the Southeastern Conference Eastern Division crown. Three times she was selected to the All-SEC team and twice made the All-SEC Academic team.

Angus was named to the National Fastpitch Coaches Association Regional Team in both her junior and senior seasons. As a senior in 2003, she paced the SEC in batting average, hitting a blistering .429. In each of her four seasons she was among the Top 10 in batting average in the conference. Angus still ranks among the all-time leaders at UK in 14 categories, including the career record for most walks.
She graduated from UK in 2004 with a bachelor’s degree in kinesiology and business administration.

Prior to joining the Kentucky staff, Angus spent three seasons, 2007-2009, as an assistant coach at Centenary College in Shreveport, La., working under former UK assistant coach Mark Montgomery. Angus was involved in all aspects of the program, including recruiting, scouting, conditioning and on-field instruction.

Before coming to Centenary, Angus spent a year as a graduate assistant coach at Valdosta State University in Georgia.

Angus was also a member of the National Pro Fastpitch League beginning in 2004, playing with the New England Riptide for her first five seasons. Angus was named the NPF Most Valuable Player in 2006 and was a member of the All-NPF team in 2005, 2006 and 2008. In her most productive season, Angus batted .357 with 19 RBI and seven doubles in 2005. In her professional career, Angus appeared in 257 games and charted 195 career hits.