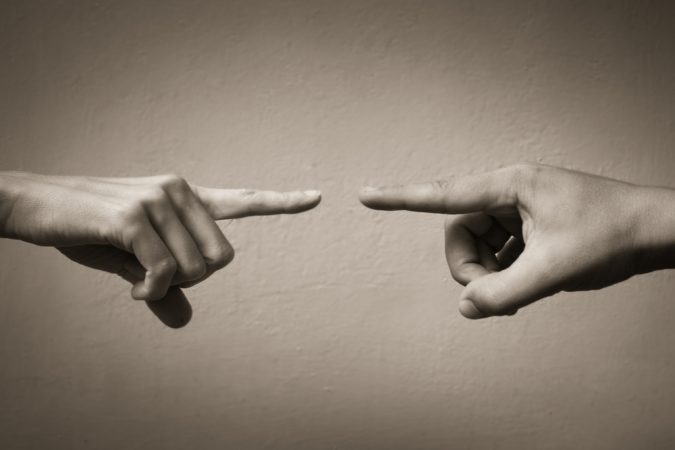 Let’s review the latest developments of what could be the plot of the next Walker Holmes novel or the script of a Coen Brothers movie.

Since 1997, Escambia County has offered its senior management level staff the option of forgoing the Florida Retirement System for a 401(a) annuity program. Both options cost the county the same.

Last year, Commissioner Robert Bender became only the second elected official to sign up for the 401(a). Several of the senior managers hired by County Administrator Janice Gilley followed his lead.

Why? Because they were shown the program was more lucrative for the participants since the FRS overhead wasn’t deducted from the amount put into their retirement accounts.

Now it appears HR may have misled Bender, the senior managers and Commissioners Steven Barry and Lumon May who switched to the 401(a) after they were re-elected in November.

County Comptroller Pam Childers says the county has miscalculated the contribution rates. She has made the decision to cut the contributions to the 401(a) by 23% for senior staff and 41% for elected officials.

The Comptroller controls the county’s checkbook and determines expenditures are lawful and in accordance with the budget passed by the Escambia County Commission. As she stated on June 3, she is responsible to the voters and Gov. Ron DeSantis.

The County Administrator is in charge of county operations. She and her HR department handle the retirement plans – negotiate contracts, inform employees of options, make recommendations to the board for approval.

Board of County Commissioners votes on the retirement plans and rates presented to them. They make decisions on their individual retirements based on the information provided them and their personal research.

Pam Childers was elected Clerk of Courts and Comptroller in 2012 – the same year Commissioners Barry and May were elected. Commissioner Doug Underhill was elected in 2014; Commissioner Jeff Bergosh 2016; and Commissioner Bender 2018. Janice Gilley became county administrator on July 1, 2019.

According to her memo, Childers says the misinterpretation of the contribution rates for the 401 (a) occurred “a few years back, around 2011.”

Until 2019, few people, other than HR directors, signed up for the 401(a). No one told the other constitutional officers – such as Tax Collector, Property Appraiser and Supervisor of Elections – about the program’s lucrative aspects for participants.

Her reason for failing to review the 401(a) contribution rates was the program had too few participants to be on her radar. The failure occurred over eight years under her time as Comptroller.

Childers says that her staff began researching the 401(a) rates this time last year when she saw so many of the new senior managers take advantage of it.

The Comptroller didn’t voice her concerns to the BCC before the FY 2020-21 rates went into effect on July 1, 2020. She says she mentioned it to Gilley but didn’t say when she did. Childers didn’t mention it to the HR Director Jana Still or County Attorney Alison Rogers.

She also didn’t mention her concerns to Commissioner Barry, even though she knew he was reviewing the plan.

At the June 3 meeting, Childers didn’t mention her research of the rates when she spoke after the commissioners had voted for the county attorney to review legality about a possible settlement for those not informed about the supposed benefits of the 401(a).

The settlement discussion may not have ever happened if Childers shared her findings or even just her concerns about the contribution rates to 401(a) program.

Childers wants to blast the commissioners for not doing their own research on the retirement options, but wants a pass on her eight years of not discovering what she sees as an issue with the rates.

She doesn’t want to blame County Administrator Janice Gilley, who saw her new hires sign up for the 401(a) in record numbers and didn’t review the rates.

And she doesn’t want to be held accountable for not telling anyone about her concerns for nearly year.

Steven Barry has been hit for voting on the renewal of the 401(a) contract in 2016 and therefore, he shouldn’t be allowed to claim ignorance of the benefits of the plan.

Childers and her staff were at the meeting when Barry cast his vote. That would have been the perfect time for her to raise an objection to the program or conduct an analysis of the rates. She didn’t and instead continued to sign checks for the program.

Former HR Director Tom Turner tells Inweekly that county’s budget department has determined the contribution rates. Gilley’s chief budget officer is Amber McClure, who is enrolled in the 401(a) plan.

As I have written, the political gamesmanship and finger-pointing needs to stop. An independent investigation needs to be done of the HR department and how it has handled the retirement programs. Let’s hope Childers will turn over her research to the investigators.

5 thoughts on “Recap of County Pension Debacle (read for updates)”