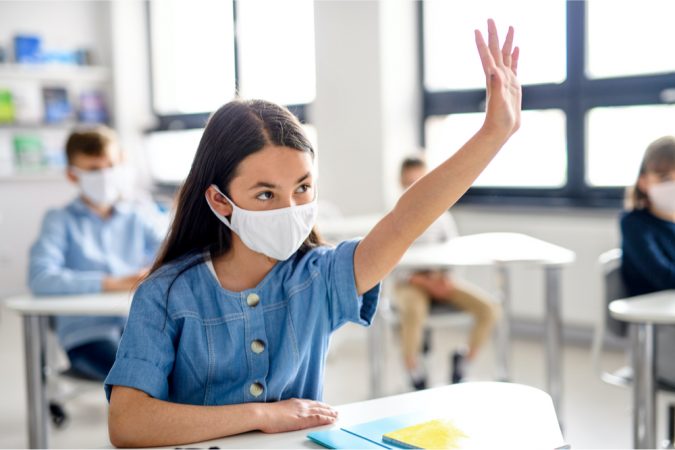 Thousands of Escambia County students and their families have a decision to make as the academic semester wraps up this week: should they return to campus and risk COVID-19 exposure at school in order to avoid the academic risks encountered with online learning?

Earlier this month, the Escambia County School District sent out more than 7,500 letters to remote students; that’s about 80 percent of the total number of students enrolled in the district’s remote classrooms that were established in August to offer an education choice during the pandemic.

“I know sometimes a letter like that can cause some anxiety,” Superintendent Tim Smith said this week.

In short, the school district’s letter is a follow through on a state emergency order from Florida’s Department of Education in November, which stated that “… any student who is not making adequate academic progress in the innovative learning modality (remote learning) must be transitioned to another learning modality …”

But are 80 percent of the district’s remote students really in academic jeopardy? Not exactly, but maybe. Turns out that the district used pretty broad criteria to determine which students to invite back to campus, including assessments from previous years, prior to any remote education. This is why some of the remote learners who received the letters seem to be doing just fine in the online model.

“Theoretically, a student could have very good grades, but there’s something very alarming on that progress monitoring that could have an impact on those state assessment exams in the spring,” Smith said.

By identifying such a broad pool of students as potentially at-risk in a remote learning model, the school district is being fairly aggressive in its efforts to invite students to return to campus. And that’s kind of the point.

“We really wanted to press this,” Smith said.

But is now the time to press students to return, entering into a potentially severe coronavirus season and are nearing the availability of a vaccine? Such concerns were raised by Sarah Brummitt, who has two kids enrolled in the district, during a Dec. 15 meeting of the Escambia County school board.

“Scaring parents into sending their kids back into the classroom just as COVID-19 hits the second wave and numbers spiral out of control is beyond inappropriate,” she said.

— To read more about this issue, check out next week’s Inweekly