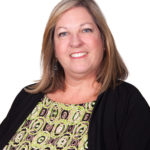 Colleen Castille’s resignation is not unexpected. Her contract with the mayor was for one year. Her two-page resignation letter highlights the accomplishments of Team Hayward during her year of service.

“So it is with the high-placed confidence in you and your team that I hereby tender my resignation effective September 3rd, 2014,” Castille wrote. “I am honored to have worked with you, Mayor Hayward, and thankful for the opportunity to work with the fine team of professionals on the 7th Floor to implement these many accomplishments.”