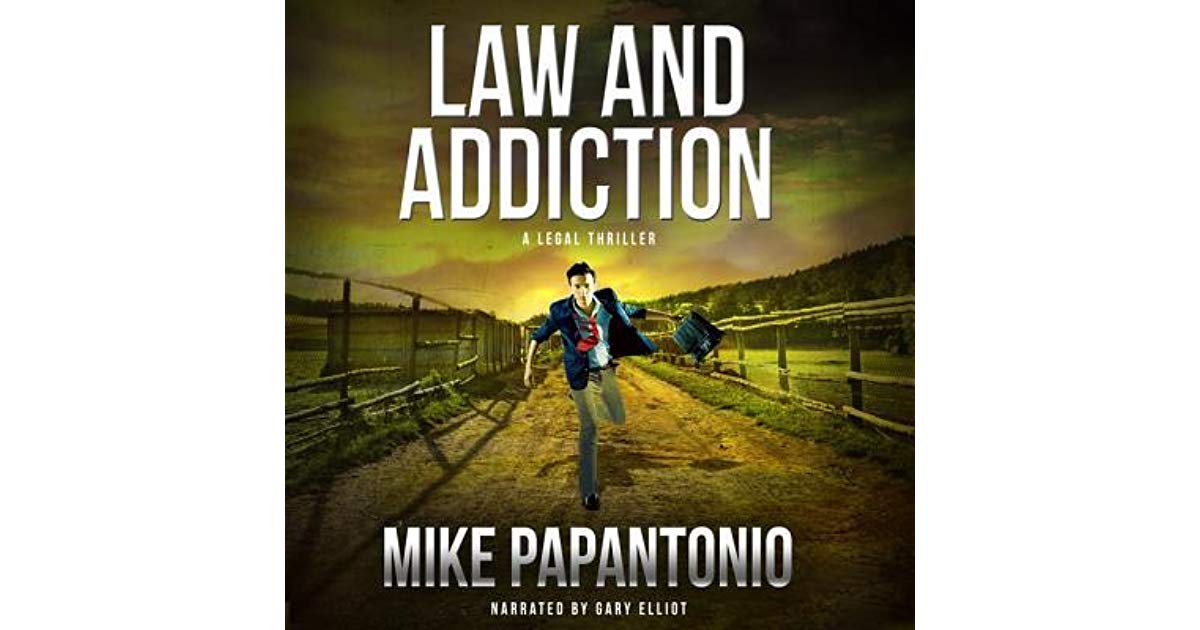 Law and Addiction concerns the opioid epidemic and the struggle to bring to justice those who have literally made billions as more than 400,000 lives have been lost over the past two decades.

The novel brings back Nick “Deke” Deketomis and his legal team as they help a young West Virginia attorney take on opioid distributor MacQueen Health Corporation and the attorney generals of two states.

Attorney Jake Rutledge is fresh out of law school when he loses his twin brother to a drug overdose. He returns home to the fictional town of Oakley, West Virginia to find most of the downtown businesses shuttered and few jobs available.  With no job offers, Rutledge sets up his law practice in his family home and begins to research the opioid crisis. He becomes convinced the drug manufacturers, distributors, the medical profession and the government have conspired to create an epidemic that is wreaking havoc not only in the Mountain State but also across the country.

Rutledge convinces two small counties, ones with the smallest populations in West Virginia and Ohio, to let them represent them in cases against MacQueen Health Corporation. He then has to find help to prevail against the motion for dismissal and the challenges from the attorney generals.

He convinces Deketomis to “cowboy up,” leave the safe environs of Spanish Trail, Florida and tour “Zombieland” with him. Against the odds, Rutledge persuades the legendary trial attorney to sign on to his case, and the scales of justice tip ever so slightly in Rutledge’s favor in this classic David vs. Goliath confrontation.

No one understands the world of mass torts better than Mike Papantonio. He has handled many of the most significant class action cases over the past thirty years. In 2017, he and Levin Papantonio’s C8 trial team helped secure a $920 million settlement against DuPont, related to the company’s West Virginia plant discharging the chemical PFOA (C8) into the air and water around the Ohio River Valley and exposing citizens to this toxic Teflon chemical.

The Levin Papantonio won the Special Litigation (Environmental) category in the National Law Journal Elite Trial Lawyers recognition program for Papantonio and the firm’s C8 trial team for their success against DuPont. The award-winning documentary “The Devil We Know” focuses on how C8 contaminated a West Virginia community and the Levin Papantonio firm’s fight for justice.

In Law and Addiction, Papantonio shares many of his experiences as one of the top trial lawyers in the country. He writes about the nearly impossible challenge of a small-town lawyer fighting a corporate giant and how many mass torts start with attorneys like Jake Rutledge.

He also tells of the personal toll of opioids and the rise of heroin deaths as the state lawmakers cracked down on the pill mills. Papantonio writes about how opioids have destroyed communities as the addiction takes over the lives of its residents, turning them into zombies, and often forcing them to do acts they would never do otherwise in order to get their fix. He tells how politicians and power brokers take advantage of the chaos and seize the assets from families caught in the hell of opioid addiction.

It’s fitting that Law and Addiction takes place in West Virginia, the epicenter of the opioid crisis where twelve of its counties last year made the top 20 list for the highest per-capita economic burden for the crisis. Boone County, West Virginia has only 23,645 people, yet researchers have the drug crisis has cost the county an estimated $206.5 million a year—the highest per-capita burden of any county in America, $8,734 per person.

The conservative think-tank American Enterprise Institute found that 12 percent of the state’s gross domestic product are costs associated with the drug crisis. It’s little wonder West Virginia has the highest overdose death rate in the nation.

Law and Addiction puts a human face on the crisis while melding the courtroom strategies of a complex class-action case with many of the compelling, rich characters of Law and Disorder and Law and Vengeance that made those thrillers so enjoyable. Papantonio builds a plot that educates the reader about corporate wrongdoing and the legal battle to expose the misdeeds.

The book is a fun read and gives a realistic view into the world of mass torts, with page-turning twists and turns.