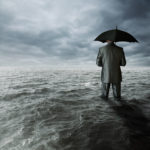 Escambia County and the city of Pensacola slowly, methodically and deliberately move ahead with their stormwater management plans and projects to prevent, or at least mitigate, another disaster like the one we had in April 2014.

On April 29, 2014, a storm dumped almost two feet of rain and flooded much of the city of Pensacola and Escambia County south of Interstate 10. Over 2,300 damage sites were identified.

The two governments have hired consultants to create a Pensacola Bay Basin Master Action Plan that will contain a series of flood mitigation recommendations, as well as a strategy to implement them through a variety of funding sources.

How much money will be needed? We were told at the Jan. 6 SWAT (Storm Water Advisory Team) meeting the total cost could be more than $200 million.

The journey toward stormwater recovery (the buzz word is “resiliency,” a community’s ability to recover from a disaster) takes another step on Thursday.

The city and county will hold a joint public workshop at Sanders Beach-Corinne Jones Resource Center on Thursday, January 22, from 5-7 p.m. to discuss stormwater management within the Pensacola Bay Basin, and information regarding flood mitigation options and their associated costs and benefits.

The workshop is critical to give the consultants needed public feedback for the Action Plan and for the city/county’s application for the National Disaster Resilience Competition (NDRC), which is offering $1 billion nationwide for projects that protect communities from future natural hazards and promote resiliency at the state and local level.

There is a catch to the NDRC—the county has to have had a Presidentially Declared Major Disaster between 2011 and 2013 to be eligible to apply. The April 2014 flooding doesn’t qualify. The only major disaster Escambia County had over the three years (2011-13) was Hurricane Issac, a category 1 storm that bypassed us and hit Louisiana.

Hurricane Isaac caused beach erosion on Pensacola Beach and Perdido Key, but little flooding inside the city of Pensacola. The other major disasters over the three years from 2011 to 2013 include Hurricane Sandy, the tornadoes that leveled Tuscaloosa, Ala, and Hurricane Irene.

City Assistant Administrator Eric Olsen said that doesn’t really matter. The city sent Bob McLaughlin, an engineer and former county administrator hired by the city to help with its recovery plans, to a NDRC conference in Atlanta. He asked if the city and county should even apply and was encouraged by officials to do so.

“Hurricane Isaac makes us eligible, which gets our foot in the door,” Olsen said. “We asked if this was worth it and were told that we’re competitive.”

He said that our area is actually ahead because the city and county are at the project stage. Many eligible counties may not put the effort into filing applications. If the application is unsuccessful, the work won’t be wasted.

Olsen said, “The master plan will be the backbone for all our funding requests.”

At the Jan. 22 meeting, the public will get the latest information on the action plan and will be shown various options –and the estimated costs associated with each- to deal with stormwater and flooding. The consultants want public feedback on which options citizens prefer.

The feedback will be used in the action plan and will be part of the NDRC application, which needs to be completed by Feb. 28. The final plan will be presented to both Escambia Board of County Commissioners and Pensacola City Council and then sent to the state to be included in the state’s application for the funds.