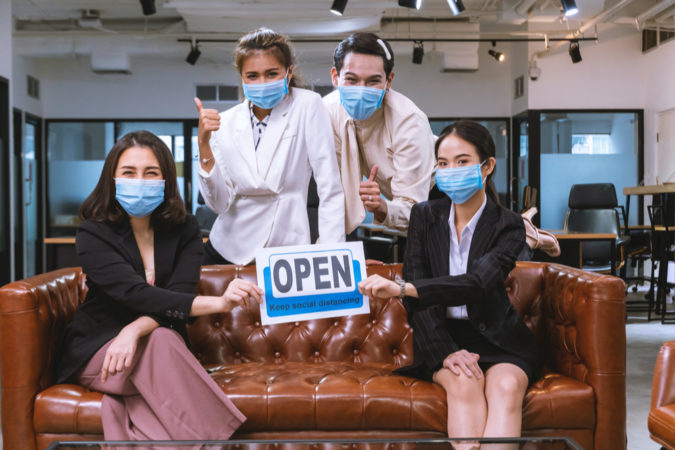 With COVID cases in the area on the increase, Pensacola Mayor Grover Robinson held a press conference on Thursday urging people to wear masks to help curb coronavirus’s spread.

“We ask you to work with us, and we will only ask you to take these actions when we get to a certain point, and we need to all be working about this together,” Robinson said.

The mayor also addressed address some “confusion” stemming from remarks he made on Monday. He declined to rule out a community lockdown if conditions warranted such action, which led to WEAR 3 reporting the mayor was considering one.

“I should have given a better answer than I did,” he said. “I simply said no, because we don’t know what local conditions will be, and if local conditions became 5,000 hospitalizations, we might have to consider something different.”

Robinson said that he wanted to avoid any lockdown specter but that wearing masks was critical in negating the need for any further action.

He said, “We want to keep businesses open to where people keep their jobs, and we believe all of this is accomplishable if we do the right thing.”

The city has had a mask ordinance in place since a COVID spike during the summer. Mayor Robinson pushed for dropping the mandate in September, reasoning that it should be used again as a management tool when cases increased, but the Pensacola City Council elected to leave the order in place.

While the city had few compliance issues during the summer spike, the mayor noted that now they are encountering some resistance.

“Today, we’re having harder and harder and more difficult times dealing with businesses fully instituting the mask ordinance,” Robinson said, attributing this to an element of burnout. “I get that. I understand we’re fully under mask fatigue.”

The mayor noted that state-level directives from Governor Ron DeSantis, which severely limit a local municipality’s ability to declare and enforce something like a mask mandate, had also created “confusion” and played a part in the city encountering resistance to the order.

“At the end of the day, I would advise him to allow local governments to make the right decision based on their local conditions,” Robinson said.

Optimistically, Mayor Robinson pointed toward a bright horizon and said he was praying an effective vaccine would soon land on the scene. He also said that if local hospitalization numbers fell below 50, the city would reassess its current mandate requiring masks in public businesses.

“If we come to a point where we can get hospitalizations down, we are absolutely looking at ways we can relax and be able to come forward. We understand that all of you are tired of dealing with this.”