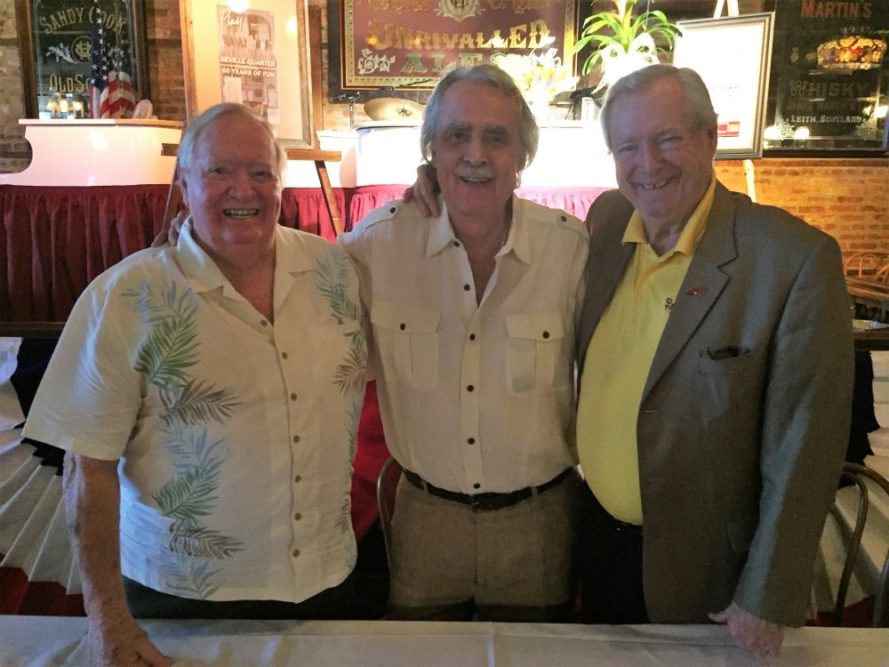 The paragon of nightlife in the region, Seville Quarter celebrated the 50th anniversary of Rosie O’Grady’s Good Time Emporium with 10 days of celebrating.

Bob Snow opened Rosie O’Grady’s in Aug. 16, 1967 and ran it for 20 years. After a short interim attempt by Seville Entertainment Complex to run the complex failed, Snow transferred it in 1988 to his attorney Wilmer Mitchell, who still runs the entertainment complex today with his wife and their seven children.

Snow, a Dixieland virtuoso trumpet player, recalled the day Rosie O’Grady’s opened, it lacked the money to run the cash registers. However, the waitresses all chipped in to help it get off the ground. Snow started Rosie O’Grady’s in the old Pensacola Cigar & Tobacco Company warehouse built in 1871 on Government Street.

Fifty years laters, he said he remains impressed with the establishment, noting all the light bulbs worked.

Snow embarked on remodeling Rosie’s in 1982, adding its grand woodwork, pressed tin ceiling, and other lavish details. He decorated it in a largely Victorian style with furniture and other elements salvaged from historic buildings from Pensacola and across the world.

“When I did this I was very young,” Snow said. “I was just out of the Navy. Seville Quarter is twice as big as it oughta be. It’s here because the people of Pensacola love it. It’s classic. It never gets old.”

Mitchell, who has led much of the expansion of the complex, said jokingly, “We’re not getting rich but we’re all happy and well. The people of Pensacola have been so supportive from top to bottom and rich to poor. We’re thankful for their support so much.”