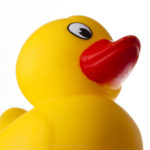 Graham and Southerland are facing off in November for the region covering the eastern part of the Florida Panhandle, the Big Bend along the Emerald Coast, and both Tallahassee and parts of Panama City.