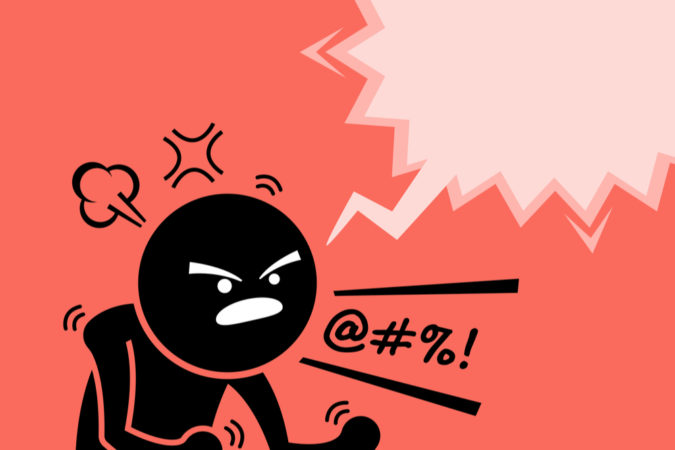 MILTON: On Monday, the Santa Rosa County Commissioners aired their complaints about the opposition to their referendum to increase the county’s local option sales tax (LOST) by half-cent .

After County Administrator Dan Schebler at Sept. 23 board committee meeting outlined how he and his staff have tried to counter “a lot of misinformation out there,” the commissioners took turns speaking out and defending the referendum, which will go before the voters on Oct. 8.

“The five of us got elected by a majority. The sheriff, the tax collector, the property appraiser, the supervisor of elections and our clerk of court all got voted in by a majority, and we support the tax, ” said Commissioner Bob Cole. “We’re just asking our citizens out there to tell us that we hired you guys to do a job, do it.”

He continued, “We’re doing it. We’re putting it on a ballot because we think it’s the most effective way to get out there and repair things that need to be repaired in our county without kicking the people in the butt by raising everyone’s taxes. Things got to be paid for. There’s no … I guess I just don’t take my cue from a lot of the Democrats I’m hearing running for president that everything’s free.”

Cole said that impact fees aren’t the solution because such a fee “fixes only the impacted area for whatever it’s named for.”

“If it’s a school impact fee, they can build schools, but if the board of commissioners don’t have the road money to build the road to get to the school, it’s kind of null,” he said. “Same thing with drainage, and that’s why myself, I feel like it’s the most fair way that we could go about it. I’ve seen a lot of commercials lately with other elected officials that support it. Please, I just ask that you don’t listen to the rumor mill, don’t listen to false accusations.”

He pleaded that the voters not to listen to the “rumor mills.” He asked they “listen to the people that you’ve elected to lead this county and do the right thing. I can’t tell you how to vote, by law I guess–attorney’s sitting over there shaking his finger at me– but I’m asking you to at least get out and vote and listen to what is factual, not non-factual.”

Commissioner Chairman Sam Parker complained about social media — how “somebody can put a blatant lie and some people just take that as the gospel.”

Parker said, “I tell people we’re not overspending, we’re not telling you you have to vote for this but this is a chance to say, ‘Do we want to have a better community?’ This is money that you would have to spend a little additional sales tax, but guess what? It stays right here in our own community.”

He added the county commissioners will always budget within its means, but there will be a cost to not increasing the LOST.

“You can either continue to wallow and complain and say, ‘I’m against the tax,’ And guess what? Even when I’m gone and these other commissioners are gone, your future commissioners will be faced with the same issues,” he said. “We can’t pay roads without money, so I would just encourage you to ask yourself if you want a better community, you understand that things cost money, and you understand that that’s what we’re asking you for.”

Then Parker took a swipe at his critics: “As we sit here today with less than a half dozen people in the audience I think that this speaks volumes to the kind of folks that we’re talking about. It’s easy to sit at home and whine and complain but yet nobody’s down here today actually getting involved or bringing suggestions to the table.”

For more than a decade the same people behind the PAC that’s funding all the pro-sales tax hoopla, have also made the majority of campaign re-election contributions to Santa Rosa County’s Board of Commissioners.

Why? In order to get their projects going they have to have commissioner approval for zoning changes and building permits.  Over the same decade they’ve made it known they didn’t want impact fees or county money wasted on updating infrastructure.  Not even for schools.  They winked and the commissioners winked back.

Now our main roads and schools are badly overcrowded and at best, the infrastructure correction will take years and cost millions of dollars.

Currently there are some 2500 family units permitted to be built, and a new 4,500 home project is awaiting approval.  So the problems the builders created are ready to bite them where it hurts.  They realize they won’t be able to sell their new units now the degree of road and school congestion has become so obvious.  Oops!  And since their only interest is to make profit and move on, they’ve asked the commissioners to schedule a special election for a sales tax increase on October 8th.  If it wins, it means they can play us for suckers once again and use our money to fix their messes.

Truth is, their pro-sales tax promotional investment of $80,000 is a drop in the bucket when one considers the vast millions in income the building industry earns from our county each year.

The victims are you and me because we residents didn’t realize until just now how the men we’d trusted to protect our interests had sold us out.  Waiting a half hour or more in stop and go traffic to get to work, or seeing your children face busing to distant schools because the local one is full, is hurtful, costly, and if left uncorrected will surely crash our local home values.

The main issue isn’t impact fees, or taxes, or infrastructure updating anymore.  We must face the fact our local government is corrupt and can no longer be trusted.

If you live in Santa Rosa County, October 8’s special sales tax election may be the best chance you’ll get to let the commissioners and the builders know you’re on to their game, you’re mad as hell, and you aren’t going to take it anymore!

Vote NO and step on their unholy, unhealthy alliance!  As Americans, we deserve the full allegiance of the people we elect to represent our interests.