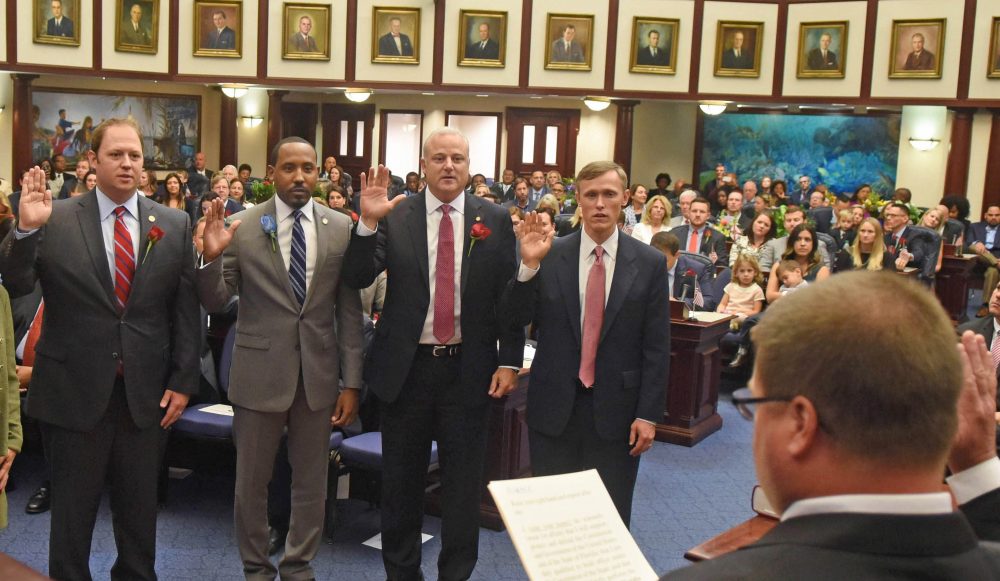 State Rep. Jayer Williamson (R-Milton) has been widely praised for his work during the 2017 Session. Yesterday on “Pensacola Speaks,” Williamson credited Rep. Clay Ingram (R-Pensacola) and Rep. Frank White (R-Pensacola) for his success.

“As far as success goes, first of all, it starts out with surrounding yourself with people who have already been there, that are gonna shoot you straight, and be honest with you,” said Williamson, a former Santa Rosa County commissioner and Inweekly Rising Star. “And that’s people like Clay Ingram, who is a great representative, from Pensacola, has done a wonderful job moving his way up the food chain. He has helped Representative White and myself to be able to miss some of the landmines that others go through because he’s seen them go through it the last few years and he helped us navigate some of those.”

“Take it another level, you surround yourself by people in your incoming class who are the best of the best and I was very lucky and blessed to have somebody like Frank White over there with me every day,” he said. “Whether it be talking about politics or just missing our children and wives and family, we were there for each other every step of the way. And I remember many nights that I was up at the capital, going through bills, and leaving at eight, nine, ten o’clock at night, and the only person that was there in that suite, ’cause Frank and I were in the same suite together, the only person that was there was Rep. White because he was working just as hard.”