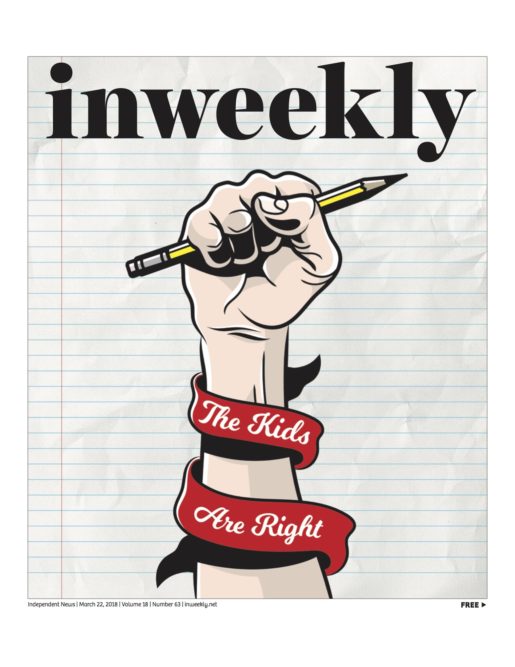 On Saturday, March 24, local activists from Santa Rosa County will gather for a “sibling march” as part of the March for Our Lives Movement. The march is one of more than 800 happening around the country led by students and survivors of gun violence in communities big and small.

Led by co-organizers, Taylor Smith, a freshman at Pensacola State College, and Isabella Ludergnani, a junior at Gulf Breeze High School, the Gulf Breeze march is not aimed at taking away guns but ending gun violence. This national day of action will call on lawmakers to make students’ lives and safety a priority and to pass common-sense gun safety legislation.

“Gun safety is such an important issue because I want to feel safe on my college campus, or really anywhere,” said Smith.

“Mass shootings have occurred at churches, concerts, night clubs and movie theaters. A mass shooting can happen anywhere in any town. This must change.” Ludergnani says, “This march is not meant to polarize people but bring us together to promote public safety and sensible gun reform.” Both organizers are hoping for a peaceful rally that will bring the community together while promoting gun safety.

Moms Demand Action for Gun Sense in America Panhandle group leader, Lori Broadhurst, said they support the march and have helped with logistics, but “we don’t want to take the lead. This is a student-led movement. People need to hear what the kids have to say.”

The march begins at 10 a.m. at Gulf Breeze High School, 675 Gulf Breeze Parkway, Gulf Breeze. Anyone looking to protect American children by strengthening our laws and stand with the victims of all shootings inside places of education, are invited and welcomed.

Read Inweekly’s “The Kids Are Right.”