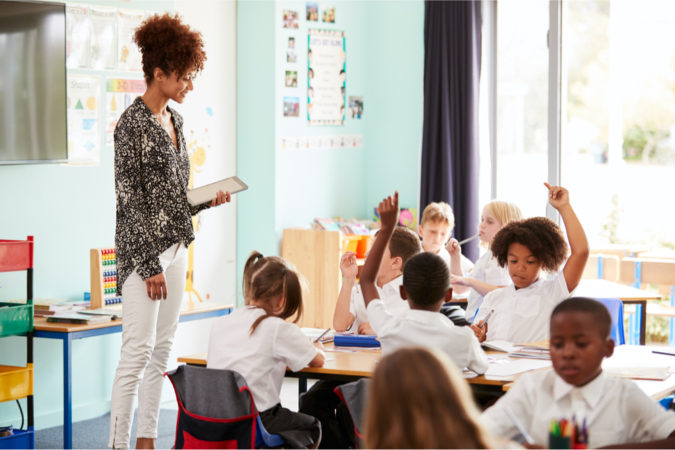 “You’re kind of flying by the seat of you pants.”

With the start of the school year just weeks away, local education officials are keeping an eye on the ever shifting coronavirus landscape. Who knows how Florida will look by August. As Escambia School District School Board President Patty Hightower says, “it’s a very fluid environment.”

“I think that’s the piece that’s so hard to predict,” she said. “Is it going to continue to go up, or is it going to go down?”

Over the course of the summer, the number of people around the country testing positive for COVID has spiked dramatically. And Florida is at the head of the pack, setting records with its daily COVID numbers.

“With the rates continuing to go up, I know there are many people concerned about us reopening schools,” Hightower acknowledged.

“This is truly a moving target,” said Paul Fesko, who represents District 2 on the school board. “We don’t know what’s going to happen in the coming weeks or the coming months. Things in Escambia have gone crazy, with the number of new cases.”

Even so, there are calls all the way up the line — from the state’s education commissioner, to the governor, on up to the president — for schools to reopen, for districts to welcome students, teachers and staff back to campuses. The primary reason for this is to expedite the country’s economic recovery.

“I do have concerns,” said school board Vice Chairman Bill Slayton, “but I think it’s a matter of we need to get back to some sense of normalcy.”

“This pandemic was thrown on everybody,” Fesko said. “You’re kind of flying by the seat of you pants.”

In Escambia, the district is offering students three different option for returning to school. There’s the traditional option, which sees students return to campus as usual, then there’s two different remote-based options, where students engage with the their studies via computer from home; in one of these options, students are tethered to their schools, learning along with peer during the regular school day, while the other option allows for more flexible, independent study.

Kevin Adams, representing District 1 on the school board, said he thinks this is an “excellent plan.” He reports that 80 percent of the families he has spoken to are satisfied with the reopening options.

That’s understandable. Students — not to mention teachers and other district staff — are entering into an unknown environment. For those choosing a remote option, there will be challenges to the new educational and technical terrain, for those returning to a physical campus it’s anybody’s guess.

The push to open up schools — which experienced a curtailed spring as the coronavirus settled into the country — is understandable. Without kids going back, how do parents return to work? And without parents returning to work, how does the economy bounce back?

There are other reasons too, not the least of which is the education of children and all that comes with it.

“We have free meals that are provided, we have mental health we provide,” Adams said. “These kids behind in third grade reading — do you think they’re getting ahead right now?”

Then again, is it safe to return to a campus, where hundreds of students spend their days in close quarters? The messages from elected officials and public healthcare officials varies and is at times conflicting. The data, the numbers of COVID cases, for instance, is far more troubling now in Florida than it was when district’s around the country shifted to online learning as safety precaution in the spring.

But, still, the world continues to spin, coronavirus and all, and so it seems will schools.

But schools represent a unique challenge. On campus, it’s a face-to-face environment. Precautions are being taken — more hand washing, no large gatherings in the cafeteria or gymnasium, temperature checks — but the district has also stated that other advised safety measures, such as social distancing, cannot be accommodated.

Also, Escambia School District Superintendent Malcolm Thomas has decided not to mandate the wearing of face masks, only to encourage their use. Health officials have pointed to masks as one of the primary safety measures people should observe in an effort to curb the spread of COVID.

The school board chairman said that the issue of masks is one that she’s gotten a lot of feedback on.

“I think the biggest hang-up I’m getting from people contacting me is that he’s not requesting masks,” she said.

The superintendent has stated that mandating masks would be logistically undoable, mostly because enforcement would be difficult.

“What do you do for non-compliance?” said Fesko.

“We have a hard enough time making kindergarteners and first graders keeping their shoes on,” said Adams, adding that the district is “highly encouraging” the wearing of masks by students, teachers and staff. “You just can’t legislate by law certain things, it’s just not going to work.”

“I don’t have a problem with it,” Slayton said, explaining that he wears a mask in public, but doesn’t think it’s feasible to require people to do so in school. “I don’t want it to become a discipline issue. I want it to be a responsibility issue.”

Plus, some people have expressed a pronounced aversion to being made to wear mask while in public spaces.

“You’ve got a lot of parents rebelling about it,” Slayton said.

Hightower is hoping the district might change its approach to the issue of masks. She’s planning to bring the subject up during the school board’s July 20 workshop.

“Yeah, it’s going to be a long Monday,” Hightower said.

The chairman didn’t sound optimistic she’d make much headway on the mask issue.

“I have people tell me it’s not science,” Hightower said.

Both Fesko and Adams said that they don’t see a mask mandate as suitable for the Escambia School District. District 3 Board Member Dr. Laura Edler could not be reached for comment.

Vice Chairman Slayton also demurred on requiring masks, but also left himself some wiggle room on the subject.

“May I change my mind as we get closer? Maybe. But I’m one of five,” he said.

Slayton said he did plan to speak with his Escambia County commissioner — “Am I gonna lean a little bit on my good friend Steven Barry?” — in hopes that the county might pass a mask order and thus make it more politically convenient for the school district to do the same.

“Why not let’s try it. My Lord, let’s try it,” Slayton said, describing a county-wide mask approach as “not a bad idea.”