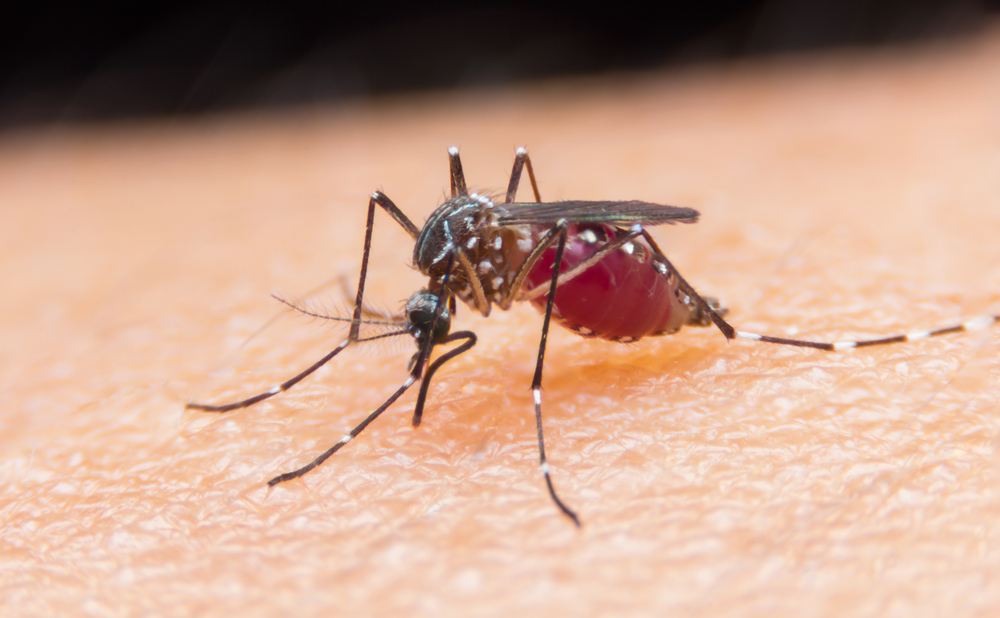 Gov. Rick Scott joined the director of the federal Centers for Disease Control and Prevention on Thursday in Miami to talk about state and federal efforts to stop the spread of the Zika virus in Florida.

After touring the Wynwood area, an artsy community just north of downtown Miami that recorded Florida’s first cases of locally transmitted Zika, Scott appeared with CDC head Thomas Frieden to update the community and the state about the Zika response.

“I spent the day walking around Wynwood and I had the opportunity to meet with residents and business owners to let them know everything we are doing at the state level to combat the Zika virus,” Scott said.

“We are going to continue to be very aggressive,” he said.

State health officials said Florida’s Zika count was 408 infections as of Thursday afternoon, including 15 locally transmitted cases and 55 cases involving pregnant women. The majority of cases are travel-related, meaning individuals acquired the disease outside the country and later came to Florida.

Scott said the state has tested 2,400 people, including 340 in the Wynwood area. More than 20,000 mosquitoes have been tested, although none has tested positive for the virus, which can cause severe birth defects.

Scott has promised every pregnant woman in the state the ability to go to local health departments for free testing, although he said the initial effort would be concentrated in the Miami-Dade County community where the first locally acquired cases have occurred.

Scott has authorized $26.2 million in emergency funding to combat the disease, although he continues to look for more federal help, which has yet to come because Congress can’t agree on funding. President Barack Obama early this year requested $1.9 billion in Zika funding.

“It is disappointing from the state standpoint, that the federal government, Congress and the president, have not been able to come together to pass a bill to provide more funding,” Scott said.

Scott has requested from the CDC an additional 10,000 Zika prevention kits for pregnant women as well as a plan from the Obama administration for applying for emergency funding from the Federal Emergency Management Agency because of the outbreak.

He is also asking for additional federal funding to help with spraying, lab support and personnel. Scott said he would authorize more state emergency spending if necessary to block the spread of the mosquito-borne disease.

Frieden said he came to Miami to see how the state was responding to the first outbreak of locally transmitted Zika in the U.S.

“Zika is unprecedented. We have never before had a mosquito-borne disease that could cause a birth defect,” Frieden said. “That’s why we take it so seriously. The key is to protect pregnant women.”

Frieden said he was impressed “with how intensive” the state and Miami-Dade’s efforts have been in response to the outbreak. But he also warned “it’s not going to be easy” to eradicate the mosquitoes that carry the disease.

He said the CDC and the federal government would support Florida’s efforts.

For the first time on Thursday morning, Miami mosquito-control officials used aerial spraying of a chemical in an attempt to kill the adult mosquitoes that can carry Zika. Frieden said based on a survey of traps holding mosquitoes, the aerial spraying was more effective than ground-based spraying that has been used.

The CDC has recommended that pregnant women not travel to the Wynwood area. Scott used the press conference to assure other visitors, particularly tourists, that despite the Zika cases, that they should come to Florida.

“We’re a tourism state,” Scott said, adding Florida has been well-prepared since February to respond to Zika and limit its spread.

“We’ve told basically the world to continue to come to Florida,” Scott said. “I was out at Disney World last week and it was packed, fortunately.”