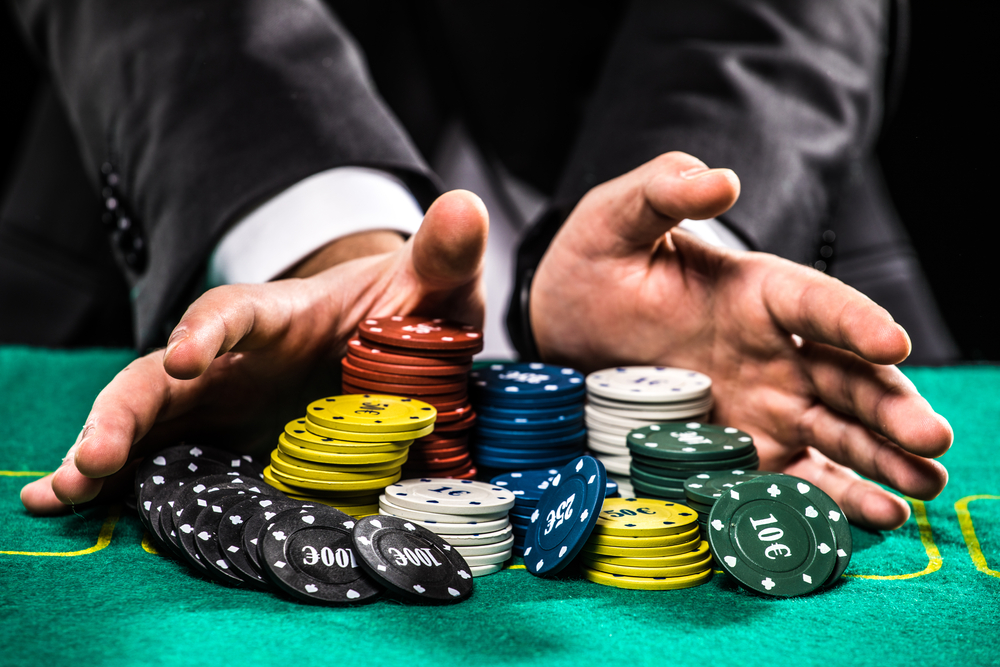 TALLAHASSEE — As legislative leaders hold behind-the-scenes talks about revamping the gambling industry, Gov. Rick Scott on Wednesday announced a deal that will lead to the Seminole Tribe continuing to pay more than $300 million a year in casino money to the state.

“Today, I am proud to announce that the state of Florida has reached an agreement with the Seminole Tribe which ensures the tribe’s current commitment remains intact,” Scott, who will leave office in January after eight years, said in a prepared statement. “Since I took office, the Seminole compact (the 2010 agreement) has generated more than $1.75 billion which has helped our state make historic investments in things like Florida’s education and environment.”

Wednesday’s announcement did little to scuttle negotiations between House and Senate leaders as they try to craft a sweeping gambling bill before the November election, when voters will decide whether to approve a constitutional amendment that would make it harder to expand gambling. The proposed amendment, if approved, would give voters control of future gambling expansions, something now largely controlled by the Legislature.

Rep. Jose Oliva and Sen. Bill Galvano, who will take over as House speaker and Senate president after the fall elections, have been in talks for weeks — without the Seminoles at the table — about a possible special session on the gambling issue.

The two leaders are reportedly close to agreement but have not closed out a deal that likely would encompass slot machines, controversial “designated player” card games and myriad other gambling-related issues. Efforts by lawmakers to reach agreement on major gambling issues have repeatedly failed over the years.

“It’s a positive development but does not rule out a special. There are still many questions regarding the statewide framework of gaming,” Oliva, R-Miami Lakes, said in a text message, referring to the agreement that Scott announced Wednesday with the tribe.

The ongoing discussions between the Republican legislative leaders are “more of a conversation than a negotiation,” according to Oliva.

The agreement announced Wednesday would guarantee until May 2019 the continued flow of Seminole cash to the state budget — ostensibly one of the reasons legislative leaders have been floating the idea of holding a special session. But the agreement also could be part of an effort to head off attempts by lawmakers to expand gambling through steps such as allowing slot machines outside of Broward and Miami-Dade.

“It certainly is a positive step. However, we are continuing discussions regarding special session,” Galvano, a Bradenton Republican who has been instrumental in negotiating agreements with the Seminoles over the past several years.

The announcement from Scott’s office came after a series of developments that began with the 2015 expiration of one of the critical provisions of the 2010 compact. That provision gave the tribe exclusivity in being able to offer banked card games, such as blackjack.

While the tribe continued making payments to the state after the provision expired, the money was put in jeopardy because of a dispute about lucrative designated-player games at state-regulated pari-mutuel facilities.

A federal judge sided with the tribe in a dispute over whether designated-player games breached the Seminoles’ exclusivity over offering banked card games. The tribe agreed to continue making payments to the state, and gambling regulators promised to “aggressively enforce” the manner in which cardrooms conduct the designated player games.

But a temporary deal between the state and the Seminoles, in which the tribe agreed to continue making the payments, expired late in March, sparking the push for a new round of negotiations.

The Seminoles have never threatened to stop making payments to the state, although their Tallahassee lawyer, Barry Richard, has repeatedly said that is something they could do, given the federal judge’s ruling.

The new agreement “was intended as a level of comfort to anybody in the Legislature or the governor’s office or anywhere else that had any concerns that the tribe was intending to end the payments, which we never intended to do,” Richard told The News Service of Florida on Wednesday evening.

“So we gave people comfort,” he said.