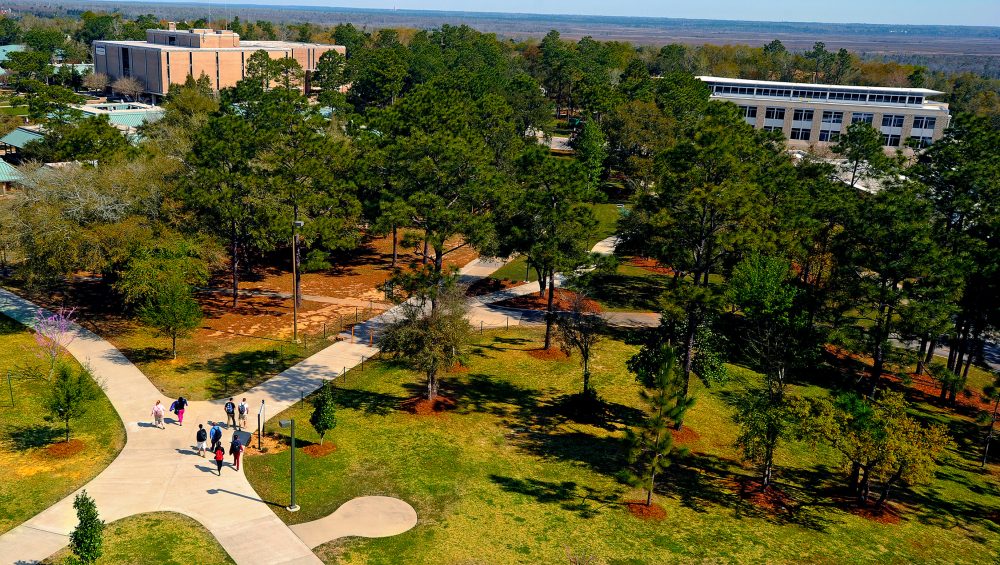 “I have had the privilege of working with these individuals for a while now,” Saunders said. “They are proven effective leaders who inspire me every day. We have a great team.”

Dr. George Ellenberg accepted the position of provost and senior vice president. In his role as provost, Ellenberg will function as the institution’s chief academic officer. He has served in this role as interim since January. Saunders said she sought input from leadership across campus about the position and Ellenberg received overwhelming support.

Ellenberg joined the Provost’s Office in 2009 and most recently served as Vice Provost. Prior to his appointment, he served as Associate Dean of the College of Arts & Sciences. His career at UWF began in 1994 in the Department of History, where he taught courses in the history of the American South and American military history. He spent the 2007-08 academic year in residence at Georgia College and State University as a fellow of the American Council on Education, the premier higher education leadership program in the nation.

Dr. Joffery Gaymon and Dr. Kim LeDuff oversee two new divisions with a focus on serving students: the Division of Enrollment and Student Affairs and the Division of Academic Engagement.

“It is a privilege to serve in President Saunders’ administration,” said Ellenberg, who will coordinate activities among Academic Affairs and the two new divisions. “Her breadth of experience and visionary leadership has and will continue to inform UWF’s direction as we embark on the next 50 years of institutional development. In addition, Dr. Gaymon and Dr. LeDuff have provided strong and effective leadership in their respective areas, and these organizational changes will provide focus and efficiencies for better serving our students.”

“This is an exciting time of transformation and growth at UWF, and I am honored to serve in this role,” Gaymon said. “I look forward to guiding the newly formed Division of Enrollment and Student Affairs as a leader in enrollment and student affairs practices and providing our students with high-quality service that support student success and engagement.”

LeDuff was appointed vice president for academic engagement. The division supports students as they make the journey to graduation and entry-level employment. It houses innovative student retention initiatives, unique high-impact learning programs and co-curricular support for career readiness and success.

“The Division of Academic Engagement brings together key units that will support student success from the moment students enter UWF to the time they graduate,” LeDuff said. “It is exciting to launch a division that is the first of its kind in the state. My hope is that through our efforts we will identify best practices that we can share to improve student retention, increase four-year graduation rates and ultimately help students find entry level employment. I am excited to lead a team that is truly student-centered and dedicated to implementing innovative approaches to student success and high-impact learning.”

Since joining UWF in 2013, LeDuff has held positions of chief diversity officer, dean and associate vice provost of University College. She previously served as associate professor and associate director of the School of Mass Communication and Journalism at the University of Southern Mississippi.

Pamela Langham will serve as general counsel, starting on July 31. She previously served as interim general counsel for the University from 2002-03 and established her own law practice, Pamela E. Langham, P.A., in 2005.

“I am excited to be a part of the vibrant University as it embarks on the next phase of its development,” Langham said.