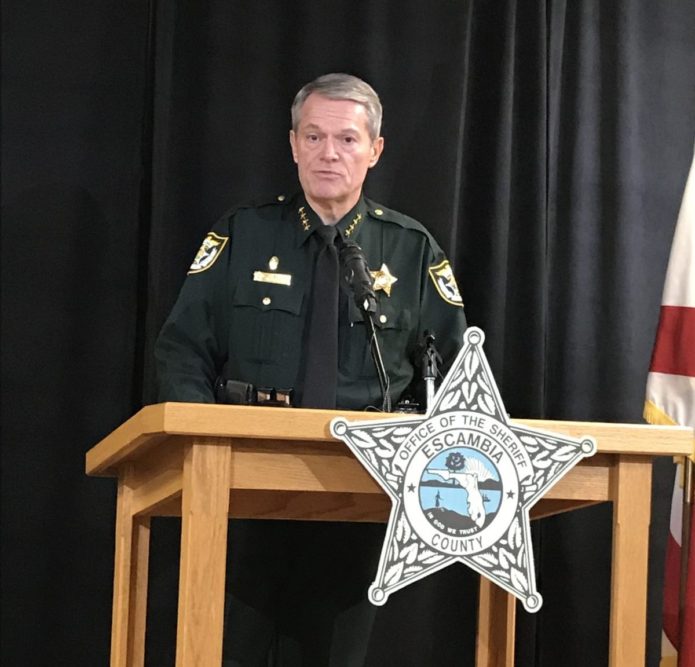 Also Pensacola Police arrested a 13-year-old who allegedly posted images that alluded to a possible shooting at Workman Middle School.

Sheriff David Morgan that his agency will take any threat to students “beyond serious” and will put the full weight of the Escambia County Sheriff’s Office into any investigation of such threats.

Superintendent Malcolm Thomas said that guns on school grounds are “unacceptable.” He said more guns have found in schools this past years than in the past couple of years. He said that he and his leadership will “revisit” security protocols. He will accelerate the ‘hardening’ of schools that the 2013 task force recommended.

1 thought on “Sheriff Morgan: ‘Beyond Serious’ on handling campus threats”