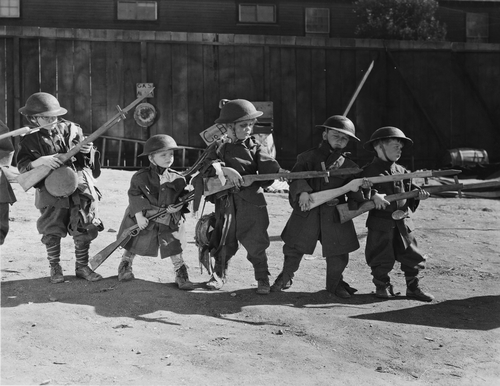 By Jim Turner
The News Service of Florida

The cities — Weston, Coral Gables, Cutler Bay, Lauderhill, Miami Beach, Miami Gardens, Miramar, Pinecrest, Pompano Beach and South Miami — are asking a judge to toss out a 2011 law that imposes a $5,000 fine on local government officials who create gun rules that exceed statewide restrictions. Under the law, the officials could also be ousted from office for the gun ordinances.

“This lawsuit impacts each and every one of us that holds office,” Stermer said. “The onerous penalties that exist in this statute … exit nowhere else in Florida statutes.”

Gov. Rick Scott, Attorney General Pam Bondi, and other statewide officials, including Department of Law Enforcement Commissioner Rick Swearingen, are among the defendants named in the lawsuit, headed by the city of Weston.

Scott’s office is reviewing the lawsuit, a spokesman for the governor said. Bondi’s office said she had “not yet been served” in the case.

The lawsuit contends the 2011 law in part violates constitutional limitations on gubernatorial authority with respect to municipal officers, conflicts with the right of elected officials to legislative immunity, and are “overbroad, in violation of local officials’ free speech rights.”

“These onerous penalties are vindictive and expressly intended to be punitive in nature,” lawyer Jamie Cole of the Weiss Serota Helfman Cole & Bierman law firm and other attorneys representing the cities wrote in the 45-page complaint.

The municipalities have suspended or refrained from enacting “reasonable firearms measures” to reflect the views of their constituents “which may be appropriate for the specific circumstances of that municipality (as opposed to the ‘one size fits all’ approach of the State),” the lawyers argued.

According to the lawsuit, gun-rights groups threatened to sue Coral Gables and also urged Scott to remove individuals from office “if the city so much as passed the proposed gun-related measures on first reading.”

Marion Hammer, the National Rifle Association’s Florida lobbyist and a former president of the national organization, said elected public officials must follow the law regardless of “how important they think they are.”

“When they willfully and knowingly violate state law they have to be held accountable,” Hammer told The News Service of Florida in an email Monday. “They remind me of disobedient children who whine about being punished for doing something they knew was wrong and were warned about the consequences. I personally don’t think the penalties are severe enough.”

Like other elected officials throughout the country, the cities said they have been under pressure from students and adults to “take some action regarding firearms and ammunition to increase public safety” following the Feb. 14 massacre at Marjory Stoneman Douglas High School in Parkland that left 14 students and three faculty members dead.

“Those 17 lives that were lost in Parkland would agree with us that we should do everything possible to keep our communities safe,” Miramar Mayor Wayne Messam said Monday during a press conference at Weston City Hall. “We’re not standing here to say we will pass laws that are unconstitutional, but to have the ability to pass constitutional regulation on arms that could potentially damage, hurt or even take the live of anyone in the public, should be possible. And right now today, it is not possible.”

The lawsuit alleges the 2011 law was created to “deter and chill local officials from even considering reasonable, constitutional firearms regulations in their own communities.”

The plaintiffs “have considered a panoply of possible measures, including, but not limited to, the restricting of guns in municipal-owned facilities and parks, the placing of signs relating to guns in municipal-owned facilities and parks, the regulation of gun accessories (such as holsters or high capacity magazines), or the creation of ‘gun free zones’ or ‘gun safe zones,’ ” but are afraid of running afoul of the law, their lawyers argued.

Meanwhile, Skip Campbell, the mayor of Coral Springs and a former state senator, has spearheaded a campaign to put on the 2020 ballot a constitutional amendment that would ban assault weapons.

The lawsuit filed Monday comes as critics continue to blame the Legislature for not going far enough with a school-safety law, signed by Scott on March 9, that raises the age from 18 to 21 and imposes a three-day waiting period for the purchase of rifles and other long guns, similar to requirements in place for buying handguns.

The new law also bans the sale or possession of “bump stocks,” which allow semi-automatic rifles to mimic fully automatic weapons. And it gives law enforcement officials the ability to seek court orders to seize weapons from people who pose a danger to themselves or others.

The same day Scott signed the bill, the NRA filed a federal lawsuit alleging the new restrictions on rifles purchases are unconstitutional.

The school-safety law also includes a controversial provision giving school boards and sheriffs the power to allow certain teachers and other school personnel, who receive special training and are deputized by sheriffs, to bring guns to schools.

“Funny, the Legislature saw fit in passing the Marjory Stoneman Douglas Act to allow local school boards and sheriffs to decide what happens locally in schools,” Stermer said. “So for some reason it’s good for that, but not for the rest of us.”

The cities’ lawsuit doesn’t dispute the state has the ability to preempt certain subject matters, such as honeybee colonies and the use of electronic devices in cars.

However, penalties are only outlined in the case of firearms, the lawyers argued.

“In every other circumstance, the only consequence of a determination that local action violates express preemption would be a finding that such local action is null and void,” the lawsuit states.

This is not the first time the law has been challenged.

In 2014, a Leon County Circuit Judge ruled in favor of Palm Beach County that “the Legislature may not grant the governor the power to remove a county commissioner when that power is not provided by the Constitution.” The county had challenged the law in 2012.

The ruling, however, maintained that the state could filed legal challenges to any local government official who seeks to enact local gun restrictions tougher than state law.

The issue has “been bothering municipalities” since the law was enacted in 2011, Cole told The News Service of Florida Monday.

“But it’s certainly become of much greater importance because of the Parkland tragedy,” he said.

Cole said he expects other South Florida cities to sign onto the lawsuit.

“This is a clear infringement on the home rule powers and legislative immunity of elected officials,” he said of the 2011 law. “If the Legislature is going to do this thing for firearms, they theoretically could do it for any other preemption, which would be a very bad situation.”