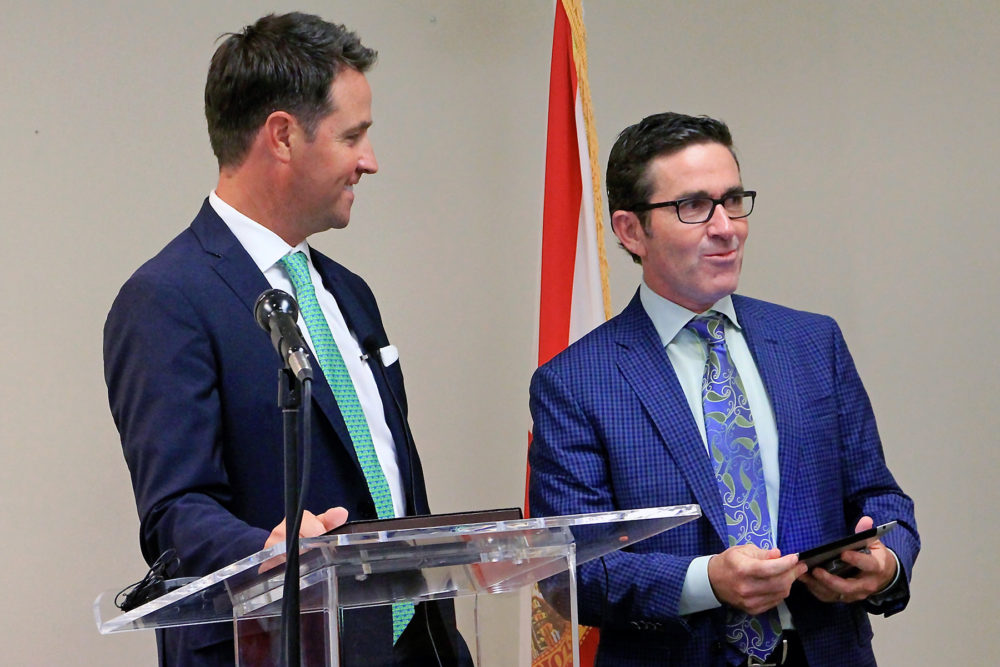 City Councilman Brian Spencer will not seek re-election. Here is his official announcement:

On November 2, 2010, the voters of District 6, Pensacola, elected me to serve on Pensacola City Council. This vote of confidence allowed me to serve two consecutive 4-year terms as an elected representative under the newly adopted Mayor-Council form of government. I remain grateful for the voters, financial supporters, campaign volunteers and friends that endorsed my pledge to represent them for the past 8 years.

After much reflection I have decided not to seek re-election for City Council. This has not been a hastily made decision. The power of incumbency is historically strong. I am, however, confident that this upcoming campaign and election cycle will serve as a springboard for new candidates to enter the local political arena. These individuals should be embraced as viable new candidates willing to serve District 6 and the City of Pensacola. More important than experience is a commitment to seek out, learn, and implement key elements that are present in successful cities.

My request to District 6 Council candidates is to recognize the unique characteristics of our downtown, the nearby vibrant and diverse neighborhoods, and the valuable qualities of our historic city’s edge where land meets sea. I challenge them to seize the opportunity and expand the transformation of our underutilized waterfront that lies to the east and west of our Community Maritime Park. Identify redevelopment strategies that depart from outdated models that have been depleting our city’s revenue and boldly promote sustainable transformations that enhance employment and standards of living for all citizens of Pensacola. Walk every street and every city block within the District — both day and night and every season of the year. Such experience will provide the necessary awareness of the existing needs that merit attention and funding allocations.

While I may no longer serve as a member of the Pensacola City Council, I will remain a tireless advocate for the preservation and renaissance of the City of Pensacola’s historic districts, neighborhoods, streetscapes, and buildings. I will continue to strongly promote the importance of sound urban planning principles that recognize a vibrant downtown as an essential ingredient for a sustainable city and its surrounding metro area. My passion and commitment to the betterment of our City and the citizens of Pensacola will remain steadfast.