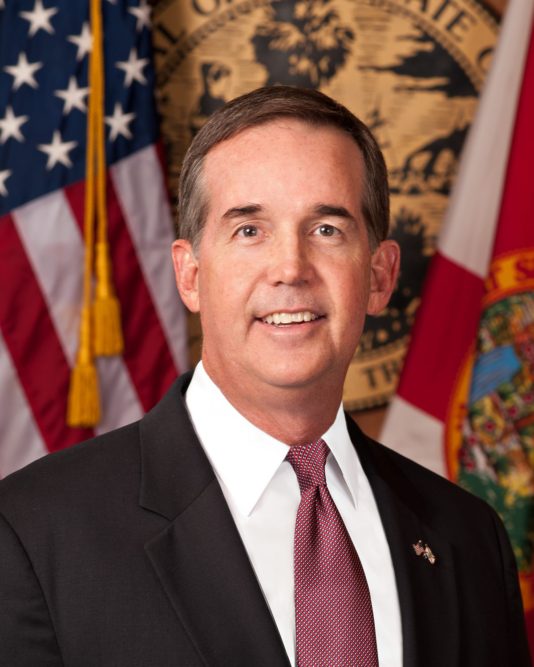 The News Service of Florida reports: State Chief Financial Officer Jeff Atwater announced Friday that he will resign from his Cabinet position after the 2017 legislative session wraps up. Atwater, a Republican, said he will accept an executive position at Florida Atlantic University. Atwater unsuccessfully sought the presidency at FAU three years ago.

“I am honored to join FAU in such a significant capacity,” Atwater said. “While I would have preferred to embrace this opportunity at a later date, the timing of crucial university initiatives warranted an accelerated transition.”

1 thought on “State CFO to resign”