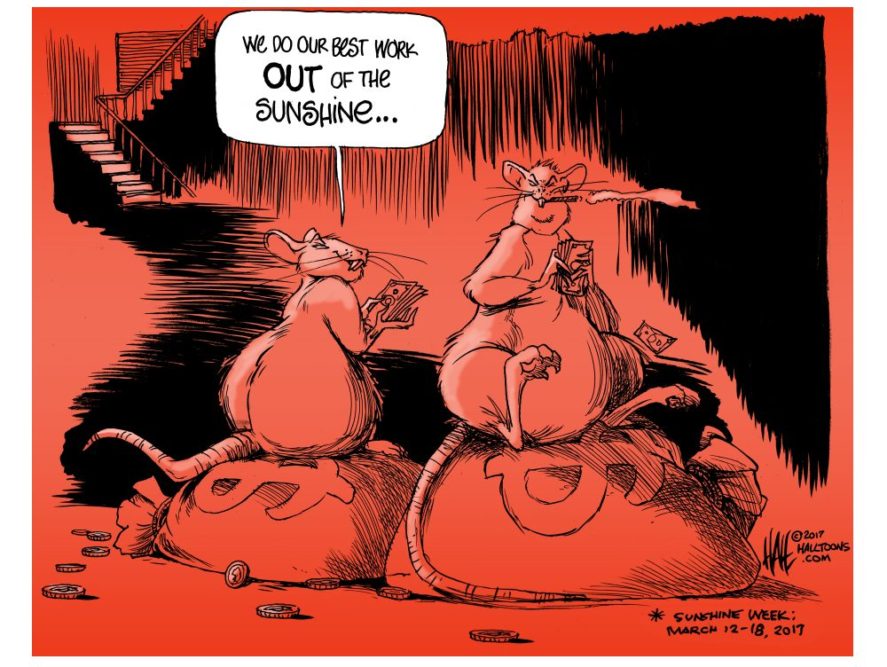 People must be able to get facts from their government to make smart decisions and hold public officials accountable. Politicians from both parties agreed on this long ago when they first passed federal, state and local open government laws.

But the things people build — be they bridges, roads or freedom of information laws — wear out without regular maintenance. That’s why Sunshine Week exists, to remind us that it takes effort to keep freedom working.

“The natural progress of things,” Thomas Jefferson once wrote, “is for liberty to yield, and government to gain ground.”

Jefferson, our third president and the principal author of the Declaration of Independence, still sounds right more than two centuries later. A timely piece of evidence is “Forecasting Freedom of Information,” a study of more than 300 of those who seek (or provide) public records, released Sunday, March 12, by the John S. and James L. Knight Foundation.

Half of those surveyed said that access to public records has gotten worse during the past four years, and nearly 9 of 10 predicted that under our new national leader access will get even worse.

Rising denials are particularly acute at the local level, where daily newspapers have cut some 20,000 journalists in the past 10 years. More than half of those surveyed — 56 percent — predicted local and state information will be harder to get in the next four years.

What is going wrong? Survey subjects reported long delays, documents excessively censored, costly copy fees, out of date technology and, too often, public officials not knowing about or caring to follow their own freedom of information laws.

How can it be fixed? Expert advice ranged from use of digital tools that make it easier to request records to tougher laws that penalize violators. One of the ideas is aimed directly at you — how to expand Sunshine Week and other efforts to show the value of open government.

Why should you care? Because no matter who you are and what you believe, you have the same right as everyone else to ask for and get public information. Whether you seek government efficiency or just the location of your properly line, you should have access to all the information the law allows.

Each spring, Sunshine Week honors the March 16 birthday of James Madison, our fourth president, called “father of the Constitution” for his key role in writing and promoting the U.S. Constitution and Bill of Rights.

“I believe,” Madison wrote, “there are more instances of the abridgment of the freedom of the people by gradual and silent encroachments of those in power, than by violent and sudden usurpations.”

What our founders are saying seems clear: We must watch over freedom if we wish to keep it. The same idea applies to open government. Keeping freedom fresh is up to you, your friends and your neighbors. Let’s face facts: Our right to vote isn’t worth much if we don’t know what’s really going on.