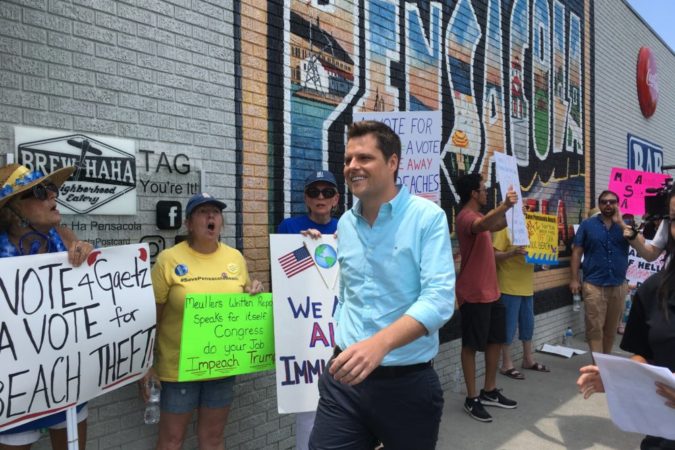 The Daily Beast reports that the indicted former Seminole tax collector and Matt Gaetz’s party bro wrote letters to Roger Stone asking for help with a presidential pardon that may be damaging to Northwest Florida’s Republican congressman.

In the letters, Joel Greenberg laid out his relationship with Gaetz and confessed that he, Gaetz and others had sex with a minor they believed to be 19 at the time, possibly Sept. 4, 2017 during Gaetz’s first year in Congress.

However, Greenberg claimed he later received an anonymous tip that the girl was 17. When he contacted Gaetz, the panhandle congressman supposedly was “equally shocked and disturbed by this revelation.”

The Daily Beast reports Greenberg wrote several drafts, and the news outlet has two typed versions and an earlier handwritten one. A certified forensic document examiner and handwriting expert has verified the writing matches Greenberg’s handwriting.

Logan Circle Group, an outside public relations firm Gaetz has hired, sent the following statement to The Daily Beast:

“Congressman Gaetz has never paid for sex nor has he had sex with a 17 year old as an adult. We are now one month after your outlet and others first reported such lies, and no one has gone on record to directly accuse him of either. Politico, however, has reported Mr. Greenberg threatening to make false accusations against others, which seems noteworthy for your story and in fact sounds like the entirety of your story. Congressman Gaetz has had no role in advocating for or against a pardon for Greenberg and doubts such a pardon was ever even considered.”