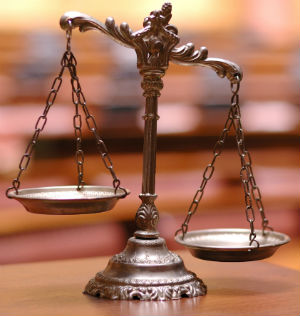 Yesterday in the Winston E. Arnow Federal Building in Pensacola, Judge Roger Vinson heard arguments from the American Humanist Association and the city of Pensacola regarding whether the 25-foot cross in Bayview Park violates the establishment clause in the first amendment and inherently fails the “Lemon Test.”

The cross has been a fixture of the city’s Bayview Park since Easter 1941 and continues to be used for religious purposes today.

District Judge Roger Vinson said, “Full disclosure, I was also an active member of the Jaycee (an organization that helped place the Bayview Cross) in the 70’s and even served as president from 1974-1975.”

This set the tone for the hearing.

The establishment clause says, “Congress shall make no law respecting an establishment of religion, or prohibiting the free exercise thereof.”

The Lemon Test was created during the Supreme Court case Lemon v Kurtzman, and has three prongs that decide whether or not state laws regarding funding or creating religious institutions with public money violates the United States constitution.

First, the statute must have a secular legislative purpose; second, its principal or primary effect must be one that neither advances nor inhibits religion; finally, the statute must not foster an excessive government entanglement with religion.

Miller told Judge Vinson that local citizens are asking that the city to discontinue the preservation of the cross and remove the religious symbol from the public area because it violates all three prongs of the Lemon Test.

In her argument she said, “This is the City of Pensacola’s cross, and to an outsider, it’s seen as marginalizing,”

Nixon Daniel with the Beggs & Lane law firm represented Pensacola. He argued the city should not be required to remove the cross because it serves a secular purpose for the community and does not violate the Lemon Test.

“To say that this cross is purely a religious symbol is wrong. It’s a Christian symbol, sure, but it’s used to honor those who have fallen on Veterans Day and Memorial Day,” Daniels said. “So from the cities perspective there is a secular purpose for it.”

Miller countered the cross is unconstitutional because the city is paying for refurbishments and electricity for the lights that illuminate the face of the cross.

Daniel rebutted the city pays about $2,000 to maintain the cross, which is a very small percent of the annual budget. He also said the symbol is all encompassing when it comes to religion, so asking the city to fund the cross is acceptable.

“The Latin cross is a symbol of Judaism, Christianity, Islam even,” he told Inweekly after court adjourned. “It (the cross) doesn’t have to be inclusive of everybody, but I think it’s certainly inclusive of a lot of people.”

He added, “And you don’t exclude one thing just because somebody objects.”

The Judge’s decision could take weeks or it could take months Miller said leaving the courthouse, but even then, it could take up to a year for the cross to be removed if the Judge rules in our favor.