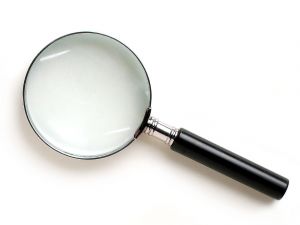 The News Journal reports today that Council Vice President Larry B. Johnson delivered two unmarked envelopes to Assistant City Attorney Rusty Wells at the council’s Sept. 17 meeting. Johnson refused to say who gave him the information, only it was from a constituent, according to the PNJ.

The envelopes had information showing Donald Kraher, the newly-hired council executive, had let his bar license lapse and was working his way out of a Chapter 13 bankruptcy. Krahaer was hired in August by the Pensacola City Council–Johnson and P.C. Wu voted against the hire. He is scheduled to start work Oct. 12.

In typical seedy Pensacola political fashion, the envelopes also included a post from the Facebook page of Kraher’s wife of her husband with their daughter on Pensacola Beach. She was excited that they were moving to this area.

Kraher sent a memo to the city council on Monday, Sept. 21: “It has come to my attention that a couple personal or personnel matters have garnered attention by some. Without delving into the statutory merits of the items and while remanning true to my view of transparency as shared with council during my interviews. I freely submit my responses to these matters.”

The Incoming Council Executive said he had sought protection under Chapter 13 and had proposed a financial reorganization plan. He is in year 3 of the five year plan. On his law license, he was admitted to the Missouri Bar, practiced for a short while, and let his license lapse when he went accepted a municipal position in 2013.

Wells followed up on Kraher’s memo with one of his own. He saw the matters as personal ones for Kraher. He wrote, “I regret that the interest and excitement that Don Kraher and his family have expressed in coming to Pensacola and working with the city council and city staff has been punctuated with this apparent attempt to discredit him and this council for having selected him as the city’s first council executive.”

On Wednesday, Sept. 22, attorney Bob Kerrigan, the mayor’s closest advisor, blasted Wells on his blog. He wrote, “Mr. Wells could have saved Mr. Kraher substantial embarrassment by advising him these matters that were just learned by Mr. Wells, placed the offer of employment to Mr. Kraher subject to further review. Mr. Wells has embarrassed the city council by his handling of the vetting process.”

Kerrigan said that the city council should withdraw its employment offer because Kraher failed to disclose “these many serious adverse details about his qualifications.”

Kraher’s employment is not on the council’s Oct. 8 agenda that was released last night.