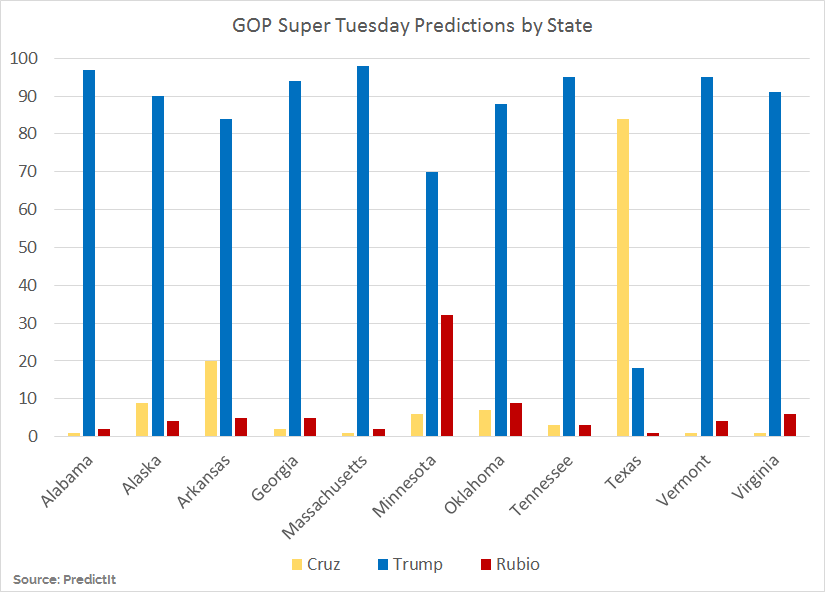 PredictIt traders are projecting that Donald Trump will win 10 of 11 states in the GOP Super Tuesday markets.

Trump’s largest margins are in Alabama, Massachusetts, Tennessee, and Vermont, where he outpaces his nearest challengers—Ted Cruz and Marco Rubio—by more than 90 cents each. Trump’s only projected loss comes to Ted Cruz in Cruz’s home state of Texas.

Marco Rubio’s state-by-state values are in the single digits in every Super Tuesday state except Minnesota, where he comfortably sits in second place.