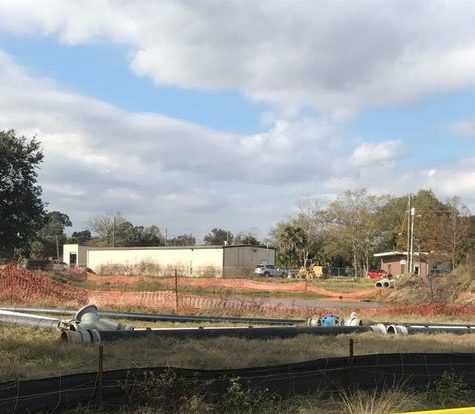 The following post has popped up on the City of Pensacola’s Transparent Pensacola The emphasis is theirs.

City of Pensacola officials are aware of the misinformation in circulation regarding the Government St. stormwater construction. The correct information is:

The City of Pensacola did not include the most recent test results of the soil and provided no other documentation to support their statements. City PIO Vernon Stewart refused to provide the test results to Inweekly. We have requested the results from the Sunshine Center, as instructed by Stewart.

The City did not address the public safety concerns regarding dust, 24/7 diesel pumps, lack of fencing, fumes, rats, water runoff, and work on Sundays. Also there is no report on the status of the groundwater cleanup. No information on how much longer residents will have to endure the construction.

None of the construction documents are available on the project page. The City lists the projects completion date as December 2016.

Pensacola City Councilwoman Sherri Myers said that she was on the site this morning. She was amazed to see heavy equipment operating within five feet of one of the homes. Fumes could be smelled on several streets around the site.

Emerald Coastkeeper Laurie Murphy took soil and water samples. Unfortunately, it will take some time to receive the results.

She told Inweekly, “I am beginning my investigation into the system. It is somewhat complicated because numerous entities are involved. I will say that I found several code violations that I am going to report. These violations are are against the interlocal permit between the City, County, FDOT and the town of Century. It is significant enough that is needs to be addressed.”

Murphy will be my guest on “Pensacola Speaks” today at 5:30 p.m.