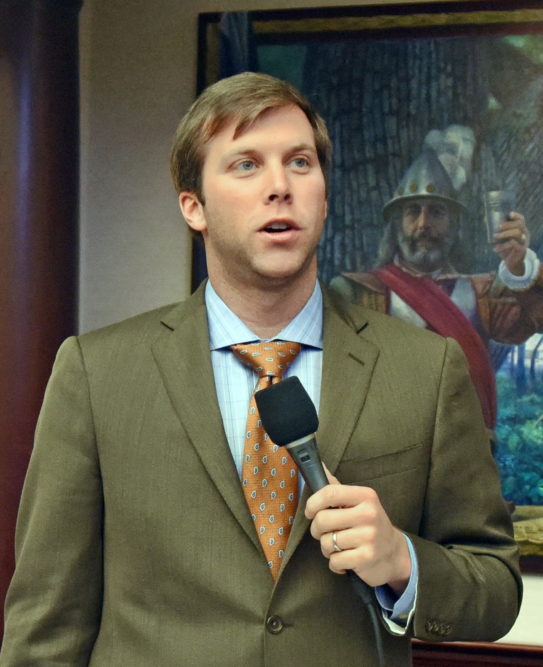 The House Select Committee on Triumph Gulf Coast released a draft of the committee bill that will establish the process for how the BP oil settlement funds ($300M) will be appropriated.

“What we really want to do is to create this process where we get a lot of public input,” he said. “This is not Tallahassee’s money. This is our Northwest Florida money, and so I want to create a process that allows folks the opportunity to come to us with ideas about where they think the money should go and how that process looks.”

Rep.Trumbull said the draft bill sets up a trust fund for the money and establishes a process for final approval of any expenditure to go through the Legislature.

If the bill is passed, the Triumph Gulf Coast board will remain to vet projects.

“But at the end of the day, we have set up a plan to where there are multiple steps to where we’re ensuring that these dollars are spent in the fashion that is the best for all of the Panhandle, not just a select few,” he said.

One concern has been that Northwest Florida may suffer cuts in other state funding because of the BP settlement dollars. Trumbull dispelled that concern.

“I have heard a significant amount of that same concern,” he said.

“The reality is, and I’ve had this conversation with the Speaker in the past, the way funding for a myriad of things, whether it be water projects or DOT’s work plan or the education funding, there is a process set in place that it would be so difficult to unwind that to be able to take some of the Panhandle’s money out, that this just would not happen.”

How soon will we see projects funded with the Triumph dollars?

“One of the proposals says that the existing Triumph Committee is supposed to give the legislative budget committee a spending plan by December 30th of this year,” said Trumbull.

“That doesn’t say that that’s the day it has to be in. That’s just, that’s the date that it’s late if you will. It can happen in May or middle of the summer or something like that. The purpose of this is to make sure that we get the dollars in the hands of the Panhandle as quickly as possible and not have wait another year or even two.”

Rep. Trumbull wants public input. You can email him your ideas.