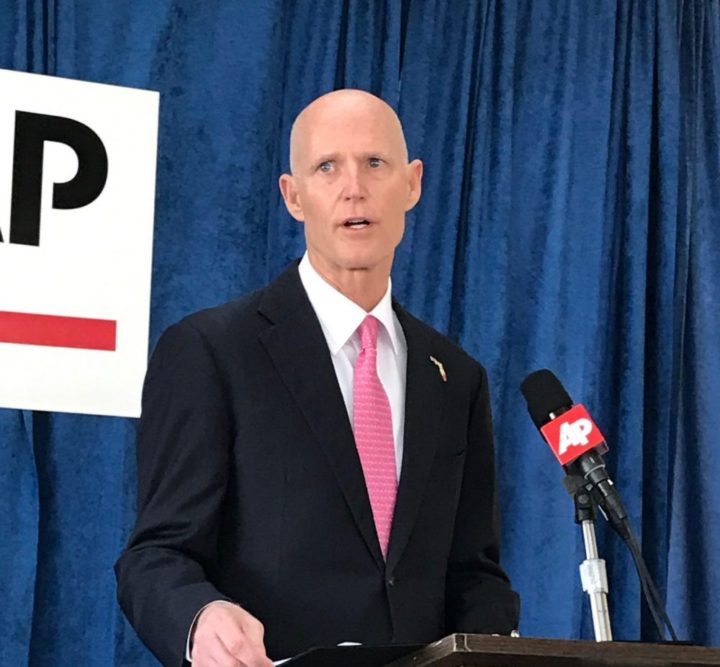 Yesterday, we asked “Pensacola Speaks” listeners how they felt President Donald Trump has done since taking office 12 days ago. The callers, who all said that they had voted for the Republican businessman, were pleased with his performance to date.

“I think he’s doing a super job,” said Joe. “The Liberals ought to just suck it up, realize they can get Hillary back from the dead, and let’s try to pull this country back together again.”

Pat also gave Trump as thumbs up. She said, “For starters, he’s doing so far what he said he would do. Secondly, it sure as heck can’t get any worse than what it once was.”

“Donald Trump is doing exactly what he promised on the campaign trail,” said Liz. “He’s doing a fabulous job. I voted for him and why people are surprised is absolutely mind-boggling.”

At the AP Legislative Review in Tallahassee yesterday, Gov. Rick Scott, who chaired Trump’s super PAC, was asked about the President’s executive order regarding refugees.

“President Trump is working hard. He’s doing a lot of things. He’s doing what he said he was going to do on the campaign. The Left is going to accuse him of all sorts of things with regard to what he’s doing,” said Scott.

He talked about how the Obama administration handled his concerns after the Paris attack in late 2015.

“Remember after the Paris attack? I was vocal and said, ‘Look, I’d like to know who … what certain refugees are coming to my state. Because I’m worried about safety of the 20 plus million people and the 100 plus million tourists.’

I asked the Obama administration, we had a call. I said, ‘Will you tell me who’s coming?’

I said, ‘Will you tell me how the vetting process in America is better than the French?’

And they said they couldn’t. And I said ‘Will you share with my law enforcement the vetting information you have on any certain refugees you’re going to send to my state so I can … they can focus on safety?’

Gov. Scott continued, “I was very disappointed. That was not cooperation. I met with the new Secretary of Homeland Security, I explained that to him.”

1 thought on “Trump supporters, including Gov. Scott, happy with their president”