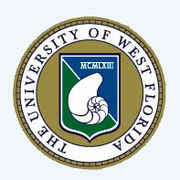 Press release: The University of West Florida is pleased to announce a new program offering with the creation of the Bachelor of Science in Mechanical Engineering. Now in its startup year, the program is a direct response to the increased workforce demand for mechanical engineers in Northwest Florida and consistent requests from the local community – notably cemented by a major gift from the Bear Family Foundation toward the degree’s creation.

“The BSME program will enhance the engineering offerings at UWF and may catalyze the creation of other engineering programs that have been requested by the community,” said Dr. Mohamed Khabou, professor and chair of the electrical and computer engineering department.

In preparation for the official launch in Fall 2016, the University hired an experienced and respected consultant to set the foundations of the program; surveyed the community on the need for mechanical engineers and desired concentrations; created a website for the program; and hired additional faculty to help create the curriculum for pre-engineering students.

Incoming students can now declare the major and begin taking prerequisite coursework. To date, 25 students have declared pre-ME, including Taylor Whalen, a transfer student who chose to transition from aerospace to mechanical engineering because of its versatile applications.

“Growing up I knew I wanted to be an engineer because I was always interested in how things worked and always playing with Erector sets instead of Barbies,” Whalen said. “The mechanical engineering field is important to UWF because it will attract a more engineering-diverse student population and attract more companies to hire future graduates.”

“Since we want to emphasize hands-on learning and design experience we need a lot of space and equipment,” Reynolds added.

To that end, additional distance learning equipment will be installed to provide courses to students who live or work closer to the Emerald Coast campus, where electrical and computer engineering have been offered since 2002.

Emerald Coast engineering programs were previously housed on a campus in Shalimar, Florida, called the REEF, facilities the University of Florida shared with UWF’s ECE program for many years. Needs have increased as the department prepares to launch the ME program, prompting a move to the more spacious facilities of UWF’s Emerald Coast campus in Fort Walton Beach, Florida where students will be able to complete the upper division courses for electrical, computer and mechanical engineering.

With the opening of the new Airbus facilities in Mobile, Alabama, and the concentration of tech companies and military contractors around the Fort Walton Beach area, the local demand for mechanical engineers is projected to grow steadily, according to Reynolds.

“Mechanical engineering offers UWF students great opportunities for high paying jobs in the future,” he stated. “Our students are going to make great contributions to Northwest Florida. There is a need for mechanical engineers, as well as people who are trained to design and innovate. I see our students not only filling needed positions within the industry but also creating their own companies.”