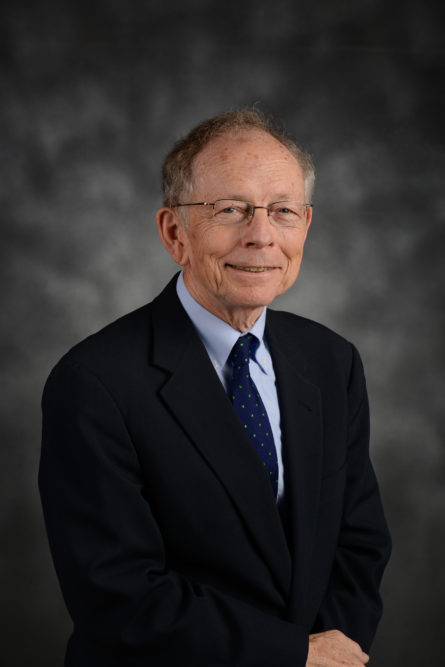 Dr. Bruce Swain, professor emeritus from the University of West Florida Department of Communication, was honored as educator of the year at the 2017 Southeastern Journalism Conference, where four UWF students also placed top three in multiple onsite competitions.

Swain was named 2017 Outstanding Educator of the Year, which was the highest honor awarded at the annual conference. He has served the SEJC organization since 2002, when UWF was the first higher education institution in Florida to be invited to join.

“This award was given in recognition of my service in the early 2000s to help lead the introduction of Florida universities to the SEJC,” Swain said. “Since then, we have been very successful at representing the state at the annual conference, and I am honored to have played a small role.”

In 2001, Swain joined the faculty at UWF as chair of the communication department. He served in that role until 2009 and remained as a professor of news reporting, editing and critical review writing until his retirement in 2016. A former Kellogg Fellow, Poynter Fellow and Gannett Fellow, Swain taught journalism at the University of Kentucky, the University of Georgia and University of Kansas over the last 37 years.

He started his career as a writer and editor with diverse working experiences, serving as editor of a weekly Wisconsin newspaper, higher education reporter at the Capital Times in Madison, Wisconsin, copy editor at the Louisville Courier-Journal and stringer for the Chicago Sun-Times and The New York Times.

The 2017 SEJC Conference took place at the University of Mississippi. Thirty-two universities registered for the conference, with more than 150 students in attendance. To learn more, visit www.sejc.org.