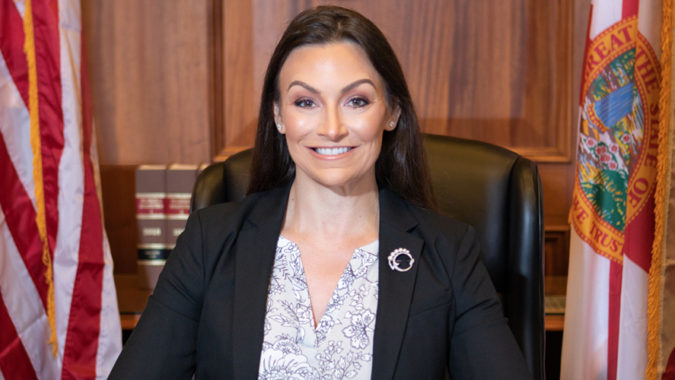 Two months ago, we were celebrating the dawn of a new decade. One month ago, while a new virus ravaged China and made its way eastward, we were in the throes of Florida’s annual legislative session, barely considering its spread in Washington state. Even two weeks ago, we went about our daily lives, becoming suddenly aware of the threat infecting and killing people no longer far off our shores, but here at home.

Today has arrived, and we are out of time to stop that threat. Doing so is up to us, given the negligent federal response enabled by deception from the White House.

A leading scientific model shows that without stronger action than voluntary social distancing, COVID-19 will hospitalize nearly 200,000 Floridians, despite there being only 33,000 hospital beds available – with the medical point-of-no return coming just two weeks from now. The deaths of thousands of Floridians may follow in the coming months.

No governor in recent history would have expected to make the decision that California, Illinois, and over a dozen other states have made in the past few days, ordering their residents to stay in their homes, and closing non-essential businesses. These decisions are not without enormous economic impact. But they were necessary for one reason: to save lives.

It’s not easy to be in charge. But being in charge demands bold action and decisive leadership at the best of times, let alone when facing down the worst pandemic in a century. History will judge the action, or inaction, taken right now to protect lives.

State leaders have our limits. As Commissioner of Agriculture and Consumer Services, I’m focused on ensuring millions of Florida’s children don’t go hungry while schools are closed, securing our food banks and food supply chain from farms to grocery shelves, and protecting consumers from scams and fraud in this vulnerable time.

I recognize the difficult decisions Governor DeSantis has already had to make. But there are things only a Governor can do. That’s why last week, I asked the Governor to implement a statewide “stay-at-home” order, just as twenty states have now done.

Floridians should be asked to sacrifice together, staying home and allowing only essential business, first responder, and healthcare operations to continue, for a reasonable time. This is critical to flattening the curve of transmitting this virus that is twenty times deadlier than seasonal flu.

This is not a radical or partisan idea. This is what states have already done, with Republican governors in Ohio and Maryland, and Democratic governors in Louisiana and Nevada. This is what’s necessary to prevent Florida from becoming not only the next New York, but the next Italy, with skyrocketing illnesses, overwhelmed hospitals, and much harder decisions over who lives and dies. Doctors, epidemiologists, and the U.S. Surgeon General agree on this.

The Governor’s piecemeal approach of closing some beaches, some businesses, and some communities won’t work. Too many Floridians are still, in the Governor’s words, “doing jello shots” off each other’s stomachs. Our world-famous beaches remain as packed with people as ever. And the virus continues to spread unchecked.

To be clear, a “stay-at-home” order in Florida would require economic support for businesses both small and large. But for the businesses I’ve spoken to, the current approach is yielding uncertainty and confusion. They’d rather know what’s coming, so they can plan for their businesses and employees. And as our national economy is dragged into a global recession, economic support will be necessary regardless, particularly for small businesses, middle and working-class families, and low-wage workers.

It comes down to this: when you get sick, your doctor doesn’t tell you to only take half of your medicine – you take the whole prescription, otherwise you might not beat the illness.

Right now, we need to take our whole prescription, make the sacrifice together, and ask Floridians to stay home, for now.

In the 19th century, conservative British prime minister Benjamin Disraeli said “action may not bring happiness, but there is no happiness without action.”

The time is now for the Governor to take bold action with a statewide “stay-at-home” order. The only choice left to make is not if, but when to act – before it’s too late for action at all.

Nikki Fried is Florida’s Commissioner of Agriculture and Consumer Services, and an independently-elected member of the Florida Cabinet.

1 thought on “Viewpoint: Time is Up for Bold Action on Coronavirus”