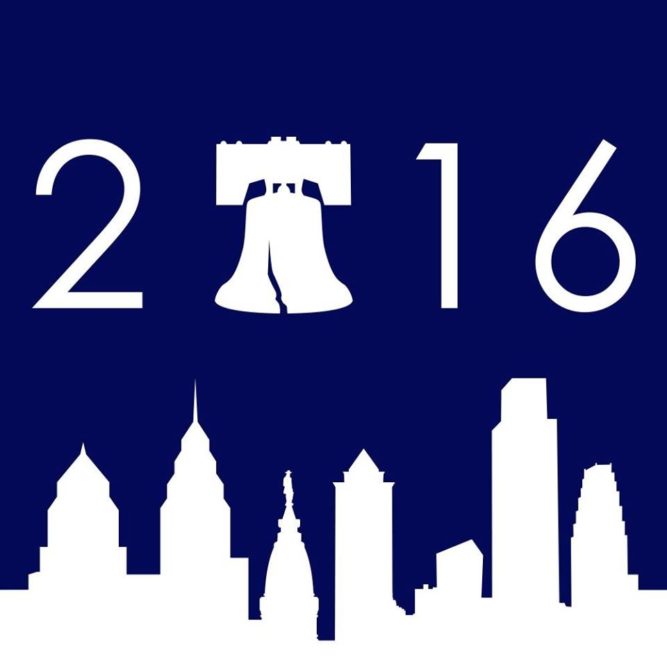 Four years after the Democratic National Convention marked a highlight of Debbie Wasserman Schultz’s career, the 2016 gathering has already proved to be a low point, with the Florida congresswoman stepping down as party chairwoman, getting booed in front of her home-state delegation and being pushed off the convention stage entirely.

In Charlotte in 2012, Wasserman Schultz stood at a breakfast for the state’s delegation to the convention and enthused about her role as “a Florida girl … representing our state and being the political voice of our president and our party.” But during a delegation breakfast Monday in Philadelphia, she could hardly get a word in edgewise.

“It is so wonderful to be able to be here with my home state,” Wasserman Schultz said, as a cascade of boos and heckling began. “All right, everybody. Now, settle down.”

The appearance came less than 24 hours after Wasserman Schultz announced she would step down as chairwoman of the Democratic National Committee at the conclusion of this week’s convention.

Wasserman Schultz was tripped up after leaked internal party emails raised questions about her impartiality in the presidential primary between former Secretary of State Hillary Clinton, the eventual nominee, and U.S. Sen. Bernie Sanders. The emails are believed to have been obtained by Russian hackers.

Some Sanders supporters Monday shouted “Shame on you!” at Wasserman Schultz, while her supporters chanted her first name. The congresswoman tried to put a brave face on the intense interest surrounding her decision to resign as party chair, reportedly under pressure.

Sanders delegates said there was no reason for the congresswoman to be surprised by the reception she received.

Supporters of the Vermont senator, who had been a political independent before deciding to seek the Democratic presidential nomination, believed even before the emails were released that Wasserman Schultz was unfairly supporting Clinton.

“I was shocked that Congresswoman Schultz showed up,” said Miguel Valdez, a delegate for Sanders from Florida’s 5th Congressional District. “I had thought that she would have thought better of it, but she did not.”

After the raucous appearance at the Florida breakfast, Wasserman Schultz backed off plans to gavel the convention into order Monday, apparently in an attempt to avoid a repeat of the scene.

In addition to their problems with how the primary contest was overseen, many Sanders supporters said they were upset that Wasserman Schultz was quickly given a new position within the Clinton campaign. Clinton announced SundayÂ that the congresswoman would chair the campaign’s “50-state program.”

“Then for the Clinton campaign to reward her with a job in 32 minutes after she stepped down is just like, ‘We don’t need you Bernie supporters; we’re good. We’ve got this wrapped up. Why are you even here?’ It’s very disrespectful,” said Shane Harris, a Sanders delegate from Orlando.

But Wasserman Schultz supporters argued that what was disrespectful was the treatment of the party chairwoman at the breakfast.

“I thought they were rude and obnoxious and that we need a discourse,” said state Sen. Eleanor Sobel, D-Hollywood.

“Her resignation opens up the possibility of new leadership at the top of the Democratic Party that will stand with working people and that will open the doors of the party to those people who want real change,” Sanders said.

At the same event, though, it became clear that the divisions within the party caused by the spirited primary between Clinton and Sanders linger. The senator pushed for unity to defeat Donald Trump, the Republican nominee.

“We have got to elect Hillary Clinton and (vice presidential candidate) Tim Kaine,” he said as some delegates cheered and many booed. “This is the real world that we live in.”

Meanwhile, Florida delegates and officials began to assess the fallout of Wasserman Schultz’s resignation. Former Gov. and U.S. Sen. Bob Graham said the loss of a party chair would not affect Florida’s profile given the state’s outsized role in presidential elections.

“I think that Florida is so important as the biggest swing state in the country … that I don’t think it will ever be characterized as anything other than a superstate for American politics,” Graham said.

But even supporters of Wasserman Schultz seemed unsureÂ about how much damage the events could cause the longtime lawmaker. Sanders has endorsed Tim Canova, a primary challenger to Wasserman Schultz in her South Florida district.

Before the endorsement, Canova was a little-known figure. But by the end of June, his fundraising total had swelled to almost $2.3 million, while Wasserman Schultz had raised almost $3.1 million. Canova also trails in the cash-on-hand department, but still has more than $986,000 left.

“I hope not,” Sobel said when asked if Wasserman Schultz was in danger in the district, as well. “I don’t know. I think there are people just like myself who believe that Debbie has done so much for our community. She’s a known entity. We know what she can do. And she will continue fighting.”