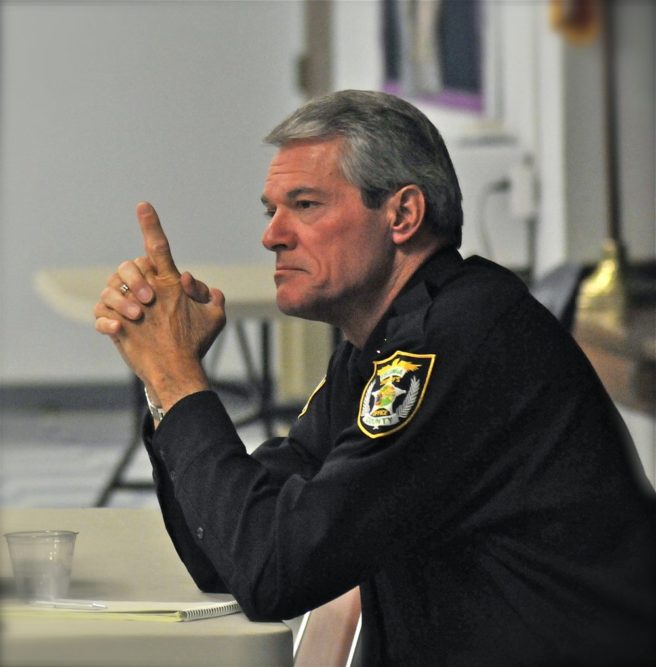 In the good old days – or should I say “good old boy days” – of county government, County Administrator George Touart and Sheriff Ron McNesby knew how to manipulate their budgets. The hunting buddies concocted schemes that let the sheriff steadily increase his budget, while remodeling his administrative offices and buying whatever gadget the sheriff wanted.

Then in the fall of 2007, Touart retired – or did he resign? or was he fired? – after questions about his side business deals arose. The following year, McNesby lost to David Morgan, and the budget harmony between the county administration and the Escambia County Sheriff’s Office ended.

In the wings, Touart and McNesby constantly undermined Morgan while Touart plotted his return to power. Two administrators lost their jobs over the budget fights – Bob McLaughlin and Randy Oliver.

When Touart was brought back under the guise of giving him six months to become vested in the state retirement system, the animosity between the county and ECSO hit a fever pitch, resulting in the county taking back the county jail.

Sheriff Morgan is in his last term. On “Pensacola Speaks,” he made it clear that he has no more patience for political games.

He asked for a budget of $59.8 million that included a 3 percent pay raise for deputies and pay adjustment for long-time deputies who have missed pay raises in past years because of budget cuts.

County Administrator Jack Brown refused to present that budget to the BCC. He cut the request by $3.5 million and deleted the pay raises for deputies.

The sheriff isn’t happy, especially in light of the soaring detention budget that is $40.8 million for FY 2018.

He sent a message to the commissioners that he may appeal his full budget to the Florida Cabinet. Until then, he will begin restructuring.

“In light of the BOCC rejection of the ECSO budget, I will be shortly restructuring the office to focus on high intensity crime areas,” said Sheriff Morgan. “This will result in the reduction of patrols in many areas, and the closing of some precincts. We will be reviewing the crime data district by district. I will advise you of my decisions and the actions as they occur.”