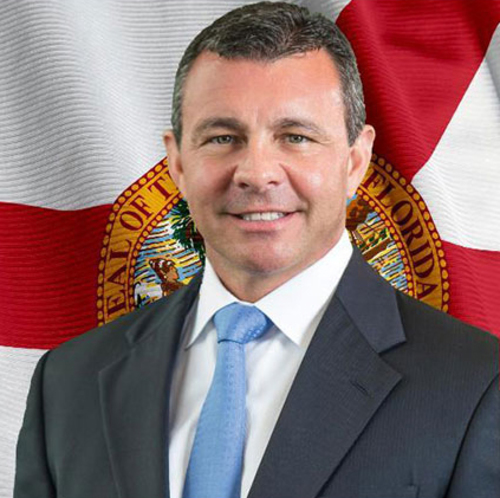 Todd Wilcox today released the following statement regarding his campaign for the United States Senate:

“A year ago I decided to run for the United States Senate because I firmly believe that who we are as a nation is being challenged by evil threats around the world and, sometimes just as dangerously, by liberal influences here at home. I entered this race because I know in my gut that if we are to reverse course and preserve the liberties and freedoms so many brave men and women have laid down their lives in pursuit of, we must keep this seat in the Republican Party.

“There is no doubt that Republican control of the Senate is the only way to preserve the Constitutional integrity of our Supreme Court, realign our military’s force structure and ensure the basic freedoms and liberties that make ours the greatest country in the world.

“We must bring to an end this era of politics in Florida where deep pockets go to great lengths to buy elections – dismissing voters as nothing more than ratings points in a media buy, forsaking the grassroots advocates for whom the Republican Party exists and refusing to substantively debate the most important issues facing our state and nation.

“Elections have consequences and eleven days ago an enemy I know all too well horrifically ended 49 lives and forever changed countless more just 15 miles from where I tucked my family in that night. It’s easy to get caught up in the ideological theater that unfolds in Washington DC, but Orlando should serve as a reminder that life and death decisions are being made each and every day by the people we elect.

“While I support Donald Trump because he is the Republican nominee, I can’t predict who will win the White House in November. What I can do is impact who Florida sends to the United States Senate to challenge our next President should they try to dismantle our Constitution, put politics above principle or choose to ignore the needs of our service men and women, both past and present.

“As a leader, I have always taught my team that changing course after devising a plan doesn’t mean you give up on the mission, it just means you have to find a new path. So today, with a clear understanding of the impact that recent changes have had in this race, that’s just what I’m going to do.

“With all that is at stake, I have decided to end my campaign for the United Senate and support Marco Rubio in his bid to keep this seat in the Republican Party. Senator Rubio and I don’t agree on everything. We’ve travelled different paths, but I respect his grasp of the challenges we face and I appreciate the reality that he, as the incumbent, is best positioned to defeat either Patrick Murphy or Alan Grayson in November. We cannot allow either of these liberal Democrats to carry on the disastrous policies of the Obama administration – Floridians deserve better.

“Unless you’ve experienced it, it’s hard to explain what traveling all over this great state for the last year has been like. I’ve talked to so many people who genuinely and thoughtfully want to share their ideas about how to make our country the best it can possibly be. I am grateful to each and every hardworking conservative I met along the way who took time away from their families, their work or their weekends to give me a chance to earn their support. I am humbled by the encouragement of my supporters and the depth of their faith and confidence in me. I don’t take any of this lightly and it is something I will never be able to thank them for enough.

“To our volunteers and my team, I am forever grateful for your hard work, professionalism and commitment to the mission.

“Finally, I want to thank my wife Christine and our girls, Tori, Danielle and Hayden for their patience, understanding and support over the last year. It has always been and will continue to be because of them that I fight for our great nation, whether on the battlefield, in my business or at the ballot box.”