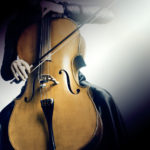 The concert will mark the first time Ma has performed in Tallahassee. Ma will perform a solo cello recital, which will include his world-famous interpretations of J.S. Bach’s Unaccompanied Cello Suites.

Ma is a musician and educator whose celebrity transcends classical music. His discography of more than 90 albums and 17 Grammy Awards reflects his wide-ranging musical interests, which include collaborations with his cross-cultural Silk Road Ensemble, violinist Itzhak Perlman, pianist Emanuel Ax and vocalist Bobby McFerrin.

Ma’s honors and awards are numerous. He is a Kennedy Center for the Performing Arts honoree, a National Medal of the Arts award winner, a recipient of the Presidential Medal of Freedom, a United Nations Messenger of Peace and a member of the President’s Committee on the Arts and the Humanities. Ma has performed for eight American presidents, most recently at the invitation of President Obama for the 56th Inaugural Ceremony.

Opening Nights sponsors and members can purchase tickets beginning at 11 a.m. Wednesday, Nov. 12. Tickets will go on sale to the general public at 11 a.m. Tuesday, Nov. 18, through the Fine Arts Ticket Office.