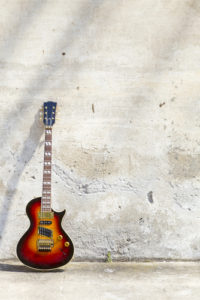 The Mississippi Blues Trail will unveil its 188th marker at 3 p.m. on Tuesday, Oct. 6 at 302 Ruby Street in Cleveland. The marker, entitled Gospel and Blues, focuses on the relationships between the two genres of music.

The marker site is St. Peter’s Rock M.B. Church, where Reverend C.L. Franklin, father of Aretha Franklin, once preached. Franklin’s daughters Aretha, Erma and Carolyn became noted soul singers after starting out singing gospel in church. Blues legend Bobby “Blue” Bland credited Franklin as a major influence, citing the vocalizing style on Franklin’s recorded sermon “Eagle Stirreth Her Nest” as an inspiration for Bland’s trademark vocal squall. In 1958 Franklin officiated at the wedding of B.B. King, who called Franklin “my main minister.” Franklin was born in 1915 in Sunflower and in the mid-‘20s moved with his family to the Cleveland area. Franklin preached his first trial sermon at St. Peter’s Rock in 1931, and served at various churches in the Delta until 1938, when he moved to Memphis.

Despite their conceptual differences, gospel, the Sunday morning music of the church, and blues, the Saturday night music of the juke joint, share some of the same roots, influences and musical traits. Many African-American singers have included both blues and gospel songs in their repertoires and sometimes made decisions to cross over from one genre to the other at crucial junctures in their careers. Professional gospel singers often recorded for the same companies (including Chess, Vee-Jay, Excello, Peacock, Trumpet, J-V-B, Specialty, Malaco and Jewel) and performed in the same communities as blues singers.

B.B. King, Denise LaSalle, Charley Patton, Son House, Muddy Waters, Bukka White, Memphis Minnie, Mississippi Fred McDowell and Leo “Bud” Welch are among the many Mississippi blues artists who have also recorded gospel and spirituals. Clarksdale-born Sam Cooke, famed for his gospel singing with the Soul Stirrers, made a controversial move into rhythm & blues to become a pop icon, while sometimes artists such as Gatemouth Moore left the blues behind to become preachers and gospel singers. Others, including Otis Clay, maintained a foot in both worlds, continuing to sing both gospel and secular music, whether it be blues, rhythm & blues or soul.

Gospel music evolved from earlier spirituals and hymns, and just as those older styles influenced the development of blues, the blues in turn influenced gospel. The composer known as “the father of gospel music,” Thomas A. Dorsey, was a former blues singer who incorporated elements of the blues into his gospel songs. Gospel music, although universally accepted today, met with opposition from many traditional churches at first, and blues — sometimes called “the devil’s music” — has also often been criticized in churches.

B.B. King, who sang gospel on the radio in the Delta in the 1940s, once said, “I’ve heard that black folks are supposed to have this big conflict between singing for the world and singing for God. Some of them surely are divided. I am not … I believe all music talent comes from God as a way to express beauty and human emotion.”

The Mississippi Blues Trail also addresses the gospel theme on other markers for Pops Staples in Winona, the Staple Singers in Drew, Reverend Gatemouth Moore in Yazoo City, and Elder Roma Wilson and Reverend Leon Pinson in New Albany. Pinson once sang and played on the streets in Cleveland.

“The Mississippi Blues Trail is about so much more than the blues,” said Visit Mississippi Director Malcolm White. “The 188 markers on this trail tell often share the story of how blues was influenced by other sounds, and in turn, informed the evolution of genres such as R&B, soul and even gospel. The Blues and Gospel marker so clearly shares the history of how these two genres have influenced one another, and the great musicians who performed them both.”

For more information about the Mississippi Blues Trail, visit www.msbluestrail.org.